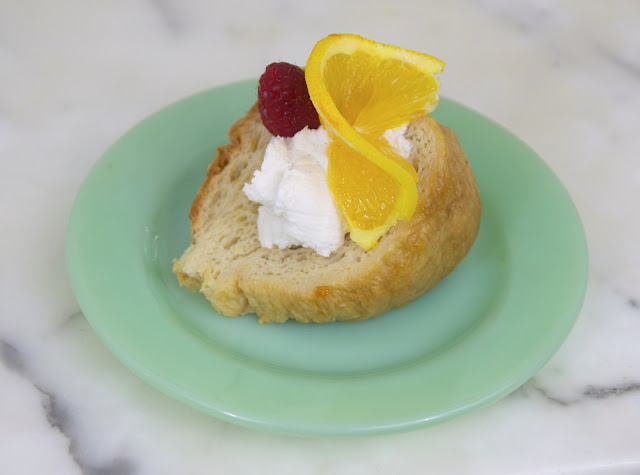 Natalia of Gatti Fili e Farina challenges us to make a traditional Savarin, complete with soaking syrup and cream filling!  We were to follow the Savarin recipe but were allowed to be creative with the soaking syrup and filling, allowing us to come up with some very delicious cakes!

I had no idea what a Savarin was before I read this challenge so I went to the internet to find out what is was and how it came to be.  It's a variation of a Polish Rum Baba, or Babka, a small rum soaked yeasted cake that it made with eggs, milk, and butter.  It was often filled with whipped cream or pastry cream.  The French adapted the Baba in the 1800's by making it in a ring mold pan and soaking it in a blend of syrups rather than rum.

You start by making a sponge of quick rising yeast, flour and water and letting it rise for an hour. 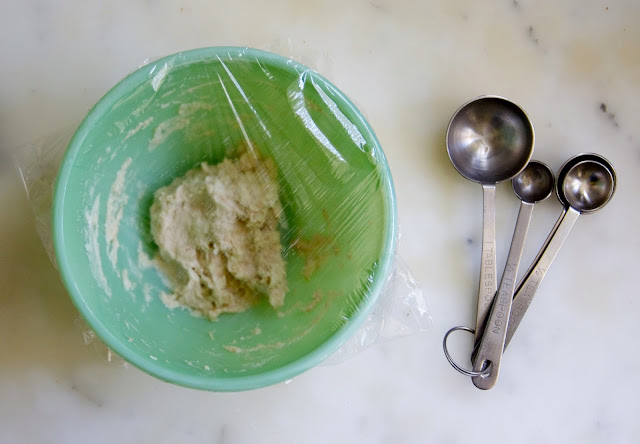 After 30 minutes you start the dough, by mixing egg whites with flour and letting it rest for 30 minutes.  I'm allergic to eggs so I used Bob's Red Mill Egg Replacer.  After 30 minutes, you add the sponge to the bowl and then a tablespoon of flour.  The you're supposed to add the egg yolks, one at a time along with a tablespoon of flour.  I used a tablespoon of non dairy sour cream to replace each of the yolks to give the Savarin the richness the yolks would provide.  Sugar, butter, and orange zest are also added.  I used Earth Balance in place of butter.  The dough needs to rest for two hours at this point. 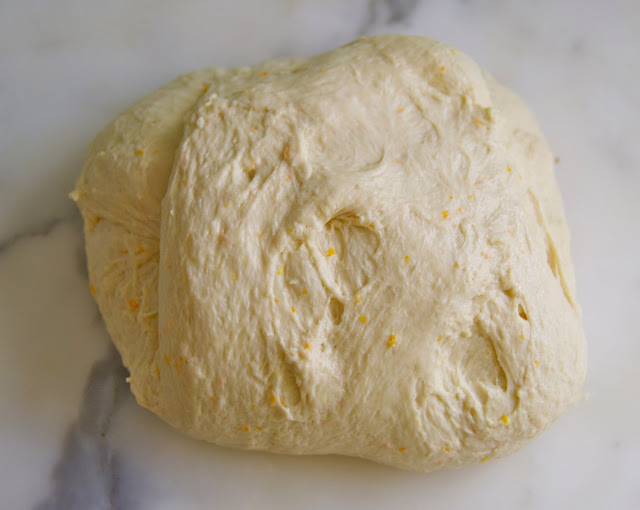 Once the dough has tripled in size, it goes through a series of folds and allowed to rest for 15 minutes.  Then you make a whole in the center of the dough with your thumb and put it in a well greased ring mold pan.  Again, it's allowed to rise for another hour or until it reaches the top of the pan. 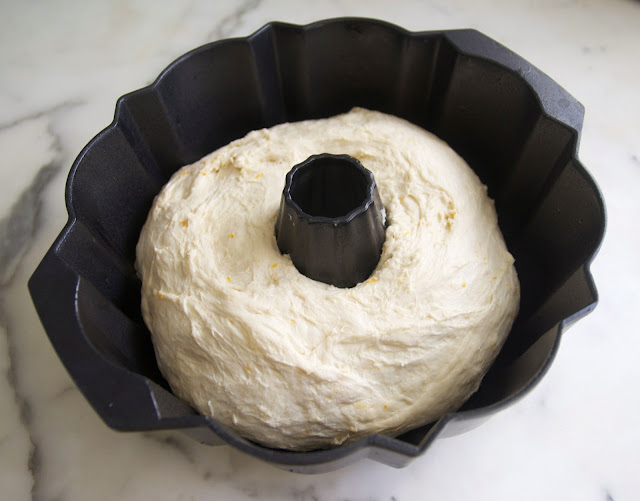 You bake the Savarin for 40 minutes and then let it cool out of the pan.  Once it cooled, I put it back in the pan and soaked it in a syrup of fruity spice tea, peach juice (which I made from blending up a can of organic peach slices), water, and sugar.  When most of the syrup has been absorbed, you remove the cake and let the excess drain off and then brush the top with a glaze of apricot jam.  The finished cake is filled with pastry cream, which is very difficult to make without eggs so I used Soyatoo non-diary whipping cream, straight from the box.  If you don't whip it, it's an excellent substitute for a cream filling. 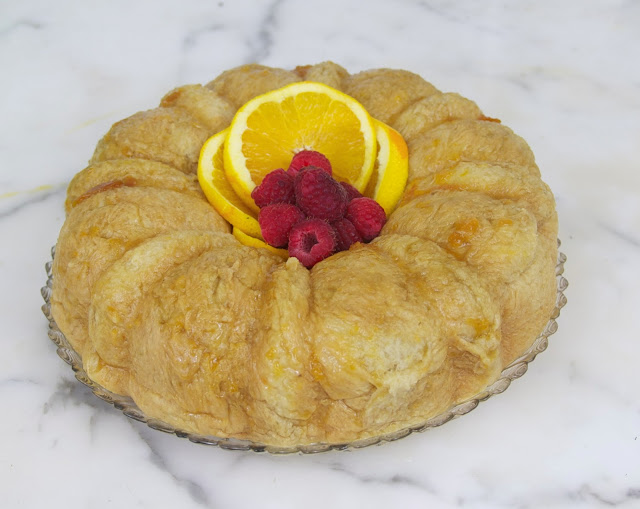 I was surprised at how light and spongy this cake was considering the lack of eggs.  You could use it in place of an angel food cake if you didn't soak it.


Savarin
Makes on 9" cake - Use organic ingredients whenever possible

Mix the flour, yeast and water together in a bowl
Cover with plastic wrap
Let it rise for 60 minutes

Mix together the water, tea and sugar in a pot.
Bring to a boil and cook for 5 minutes.
Allow to cool.
Add the peach juice.

Put the cake back in the pan
Ladle the syrup over the cake and down the edges until you've used all of the syrup.
Allow the cake to sit in the syrup for about 30 minutes
Remove the cake and pour off any excess syrup.

Warm the water and jam.
Brush the mixture over the top of the cake.

Posted by My Recession Kitchen at 10:28 PM