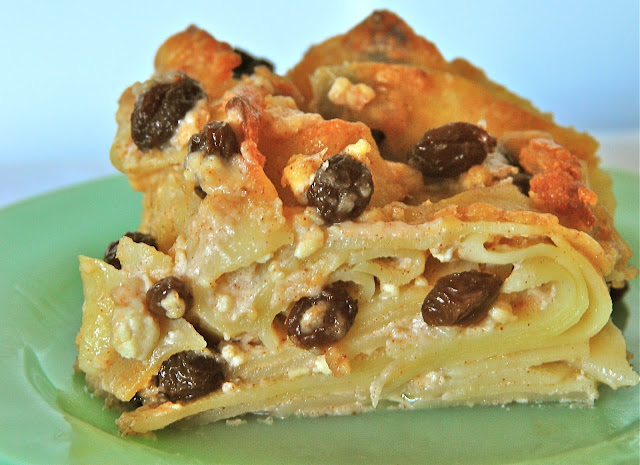 One of my favorite dishes as a child was noodle kugel or pudding.  It was something my mother made from a recipe that was handed down from her mother.  More of a casserole than what we traditionally think of as “pudding”, we ate this cinnamon raisin kugel for dinner.
The original recipe called for wide egg noodles, cottage cheese, sour cream, butter and lot of eggs, along with some sugar, cinnamon and raisins.  Since I can no longer eat dairy products and I’m allergic to eggs, I needed to replace these ingredients with something else.  The biggest challenge was not replacing the eggs, but finding some egg free wide noodles.  I’ve been making this recipe with with some tiny organic lasagna noodles made by Natural Value.  They did the trick, but not very traditional. 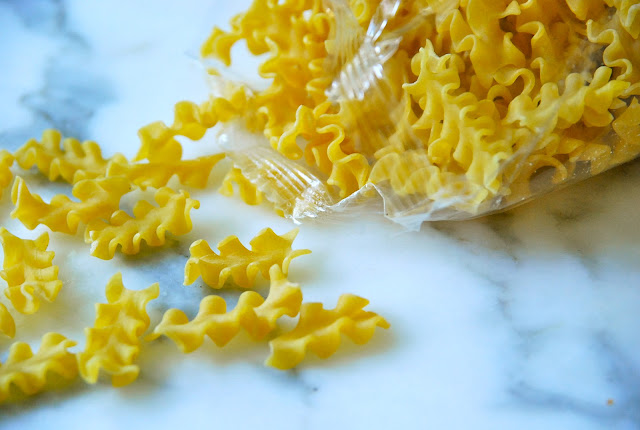 Today, while shopping for the ingredients, I discovered these pappardelle nests by Delverde.   Pappardelle is usually made with eggs but these were not.  They’re made in Italy, in the “Majella National Park, with natural spring water and then slowly dried the old fashioned way”.  They’re really beautiful and worked perfectly. 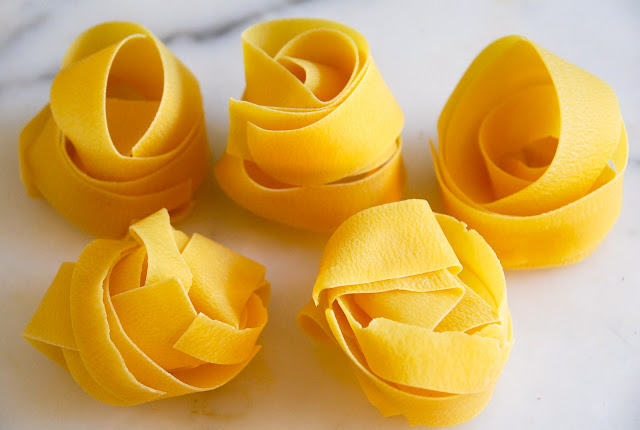 I replaced the eggs with a blend of soy creamer and organic tapioca starch and the sour cream was substituted with Tofutti non dairy sour cream.  I replaced the cottage cheese with a combination of crumbled firm tofu and non dairy cream cheese. Just use your hands to crumble the tofu rather than a food processor.  You want it to have some texture like the curds in cottage cheese.  I put everything in a bowl (except for the noodles) and mixed it up with a whisk. 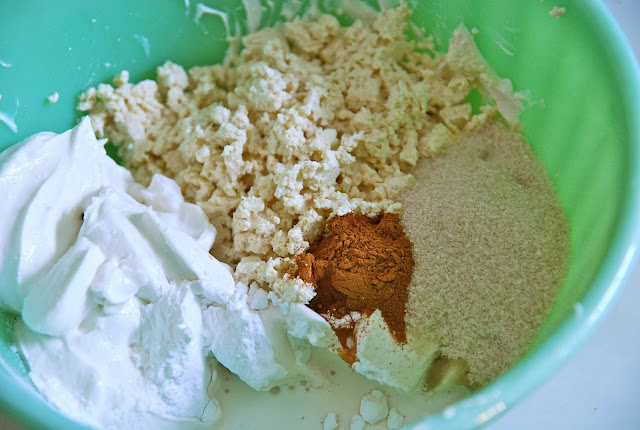 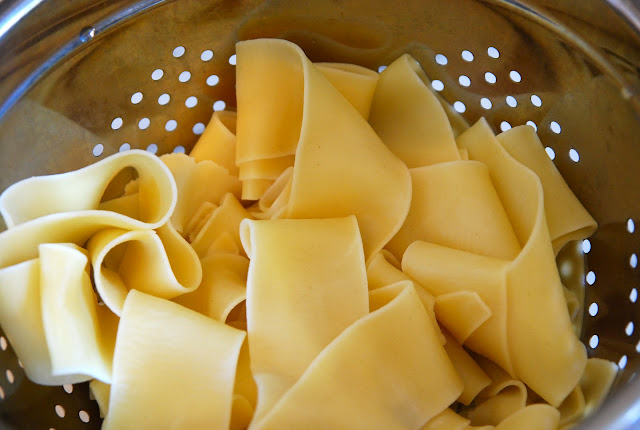 So, make the filling, then cook the noodles and then rinse and drain them well.  Rinsing the noodles stops the cooking process and also helps to prevent them from sticking.  Stir the noodles into the filling, gently, so you don’t break up the noodles, I like to use my hands for this.  Bake the kugel for an hour.  You want to let it cool for at least a half hour before trying to cut it so it has time to set up.  I think it’s almost better the second day, cold, out of the refrigerator. 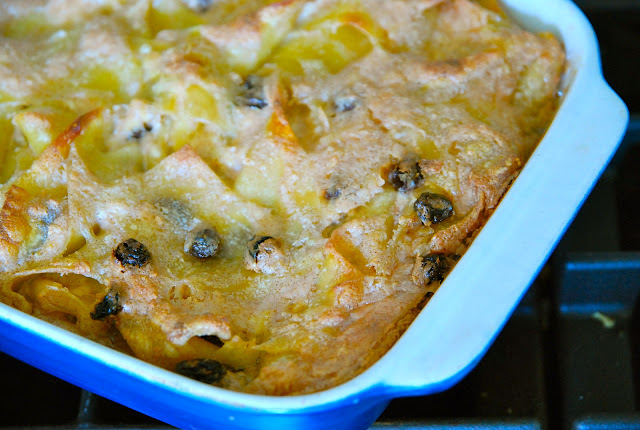 
Serves 6 - Use organic ingredients whenever possible


1 8 oz tub of Tofutti non dairy cream cheese
7 oz (1/2 block) firm tofu, crumbled
1 cup non Tofutti dairy sour cream
1/2 cup plain natural soy creamer (Silk or Wildwood)
2 tablespoons tapioca starch
1 stick Earth Balance butter substitute, melted
1/2 cup raw sugar
1 teaspoon cinnamon
1/2 cup raisins
1 8oz package of eggless pappardelle noodles (or a 1lb package of Natural Value tiny lasagna noodles)
Preheat the oven to 350˚
Grease a 8”x12” baking dish.
In a large bowl, whisk together everything except the raisins and noodles.
Add the raisins and stir.
Cook the noodles according to their instructions.  Be careful not to over cook them.
Drain the noodles in a colander, rinse them in cold water and drain again.
Carefully mix the noodles into the filling, trying not to break up the noodles.
Transfer everything to greased baking dish and flatten with a spatula.
Bake for 1 hour.
Let the kugel sit for at least 30 minutes to set up before cutting.

Posted by My Recession Kitchen at 9:26 PM