This Squirrel Was Not Happy 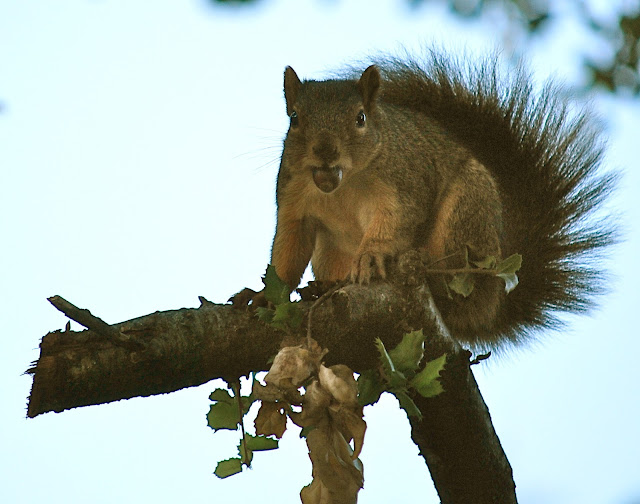 I was in my office, working on my computer, last week when I heard this very loud chatter outside in my garden.  I went out to investigate and found this squirrel up in the oak tree, yelling at my Garden Supervisor with an acorn in it’s mouth.  My Garden Supervisor was pretending that she had absolutely no idea why this squirrel was so upset and making so much noise.  She claimed that the squirrel was having a psychotic episode and it was not her fault.  My Pest Control Manager was no where to be seen. 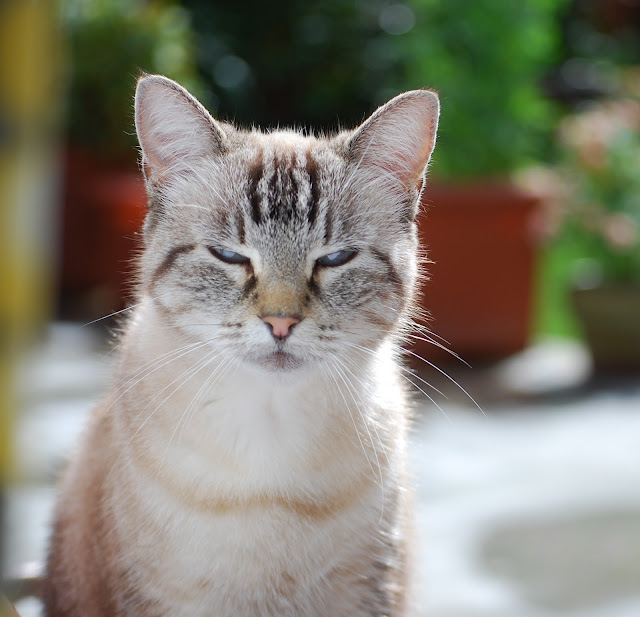 These “Fox Squirrels” have taken up residency in my garden ever since the oak tree, across the street from my house, died and was cut down.  They’re not native to California, but started showing up in Golden Gate Park sometime around 1890.  They were probably brought here by Easterners who missed the friendly Fox Squirrels because, evidently, the native Western Gray Squirrels are anti-social and won’t beg for food in the parks.
According to an article in the San Francisco Chronicle, that was published just days before the ruckus in the garden, these “pesky imports from the East” will eat your tomatoes, citrus fruit and bulbs.  So far, they’ve been good neighbors, concentrating on the acorns and have left my fruit and vegetables alone. 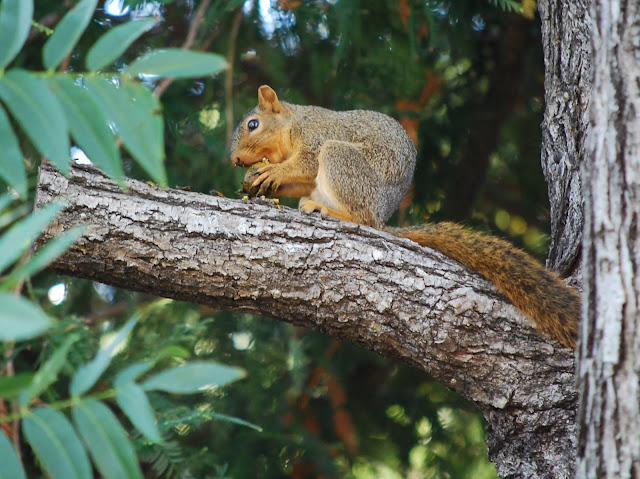 I never did find out what my Garden Supervisor had done to anger the squirrel.  She wasn’t talking.  After the squirrel had it’s say, it calmed down and left with it’s acorn.

Posted by My Recession Kitchen at 9:12 PM