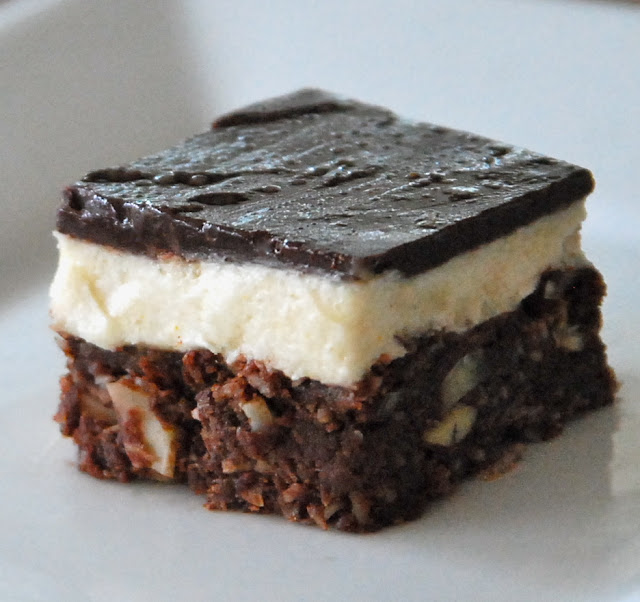 The January 2010 Daring Bakers’ challenge was hosted by Lauren of Celiac Teen.  Lauren chose Gluten Free Graham Wafter and Nanaimo Bars as the challenge for the month.  The sources she based her recipe on are 101 Cookbooks and www.nanaimo.ca.

These little bars were invented by a Canadian woman who entered a baking contest 35 years ago.   Because she named them after the city in BC where she lived, they’ve become a symbol of civic pride.  When I first read the challenge, I thought, chocolate, coconut, almonds, graham crackers and more chocolate, sounds yummy to me.  Then, when I studied the ingredients more closely, I thought, seriously, you crazy Canadians... 2 cubes of butter in one 8x8 pan of bars!  They should be called heart attack bars...

Part of the challenge was to make your own gluten free graham crackers.  My personal challenge is that I didn’t have the extra cash to buy the gluten free flours right now so I used some wheat based grahams that I had on hand along with the rest of the ingredients.  Sorry, Lauren, maybe another time.

These bars are made up of three layers:  The first is a combination of sugar, cocoa, graham crackers, almonds, coconut, a cube of butter and an egg.  Due to my allergies, I replaced the egg with a quarter cup of non dairy sour cream.  I replaced the butter with a non dairy, non hydrogenated butter substitute.  You mix all of the ingredients together and press it into an 8x8 pan. 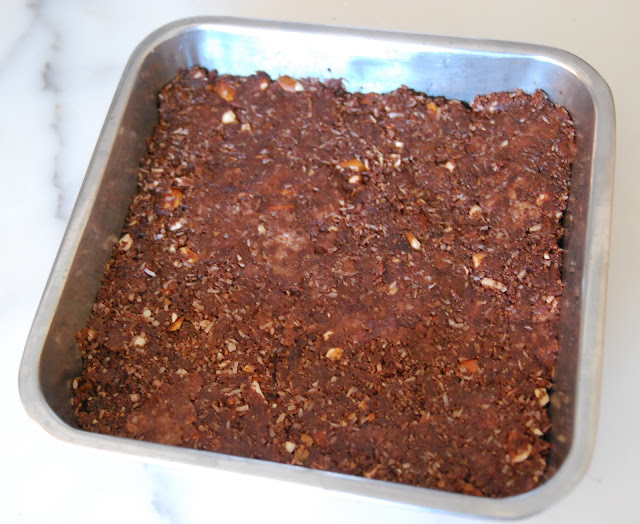 Next, you whip together another cube of butter with some heavy cream, pudding mix, and powdered sugar.  I replaced the butter and cream with their non dairy counterparts.  Then you spread that on top of the first layer. 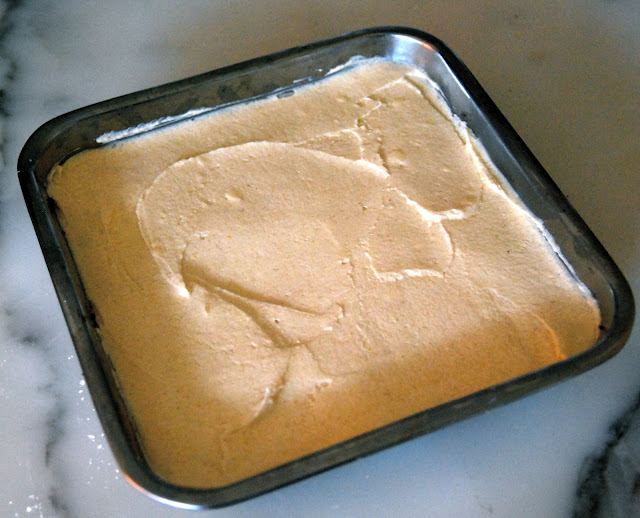 The third layer is made with melted semi sweet chocolate and more butter.  It helps to use an off set spatula to do all the spreading.  It’s a tool worth investing in..or you could bend an old knife. 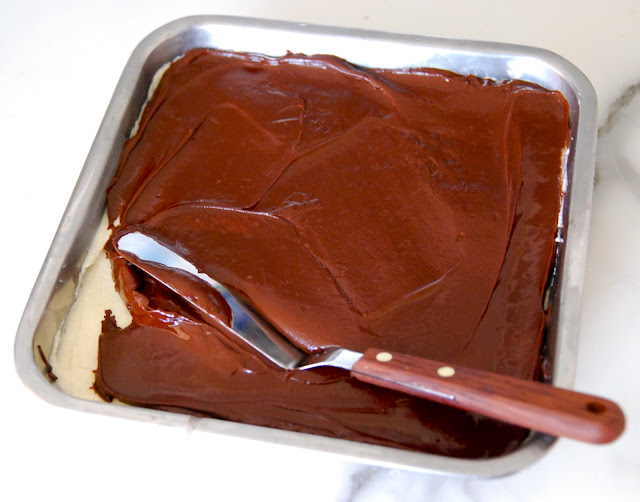 You need to chill these bars before you attempt to cut them.  They’re very rich, even with the substitutions that I’ve made, so I recommend that you cut them in small squares.  Here’s my version of the recipe.
Nanaimo Bars
Makes 16 small bars - Use organic ingredients whenever possible
Bottom Layer:
1  stick non hydrogenated butter substitute (Earth Balance)
1/4 cup raw sugar
5 tablespoons cocoa
1 1/4 cups graham cracker crumbs
1/4 cup non dairy sour cream (Tofutti-the one without the hydrogenated oils)
1/2 cup almonds, finely chopped
1 cup unsweetened shredded coconut
Melt the butter substitute, sugar, and cocoa in the top of a double boiler.
Remove from heat and stir in the sour cream, almonds, graham cracker crumbs and coconut.
Press into the bottom of an 8x8 inch pan.
Middle Layer:
1 stick non hydrogenated butter substitute (Earth Balance)
2 tablespoons + 2 teaspoons non dairy creamer (like Silk)
2 tablespoons vanilla pudding mix (I used Dr Oetker’s organic)
2 cups powdered (icing) sugar
With your mixer on high speed, cream all of the ingredients for at least a minute.
Spread over the bottom layer.
Top Layer:
3/4 cup semi sweet chocolate chips
2 tablespoons non hydrogenated butter substitute (Earth Balance)
Melt the chocolate and butter substitute in a double boiler and whisking until smooth.
Allow to cool.
Spread on top of the middle layer.
Chill the bars before cutting.

Posted by My Recession Kitchen at 10:57 AM