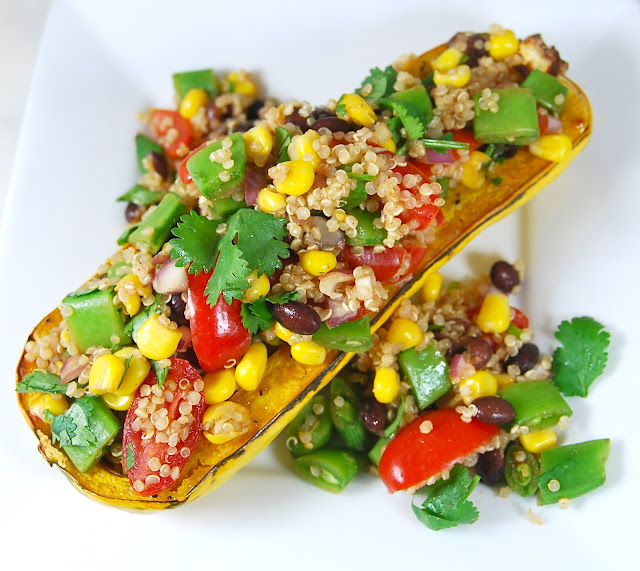 Eating salads and other raw foods in the winter is a challenge for me.  It’s cold and rainy and, like most people, I lean toward warm comfort foods.  I’m always looking for that balance, that (mostly) raw dish that provides comfort and protein.  I think I’ve finally found it.
I’d made some black bean and corn salsa for a super bowl dinner that was so delicious I just wanted to sit down and eat a whole bowl of the stuff...maybe without all those the jalapeno peppers.  Obviously, my body was trying to tell me something..eat more fresh foods!
So, I took that salsa recipe and turned it into a protein salad with the Native American Three Sisters approach.  Native Americans would plant corn, beans and squash together because they complimented and supported/protected each other when they were growing.  I added a fourth sister/ingredient that is native to the Americas, quinoa.
Quinoa, considered sacred by the Incas, was called the mother of all grains.  Instinctually, they must have known what a powerhouse food it is.  It contains all of the essential amino acids that make it a complete protein.  Very important for those who don’t eat animal products.
I started with a delicata squash, because I think they’re so festive... and single serving sized.  I also think they’re a little sweeter than other winter squashes. 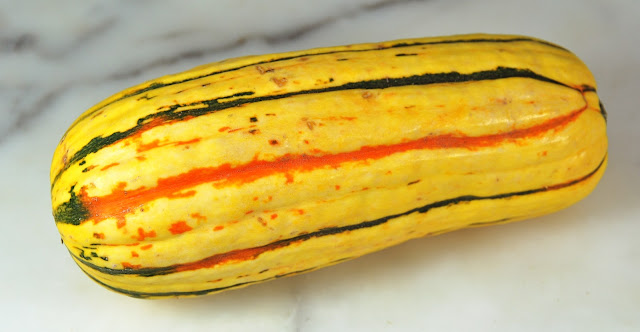 I cut the squash in half and removed the seeds and sprinkled it with salt, pepper and a little olive oil. 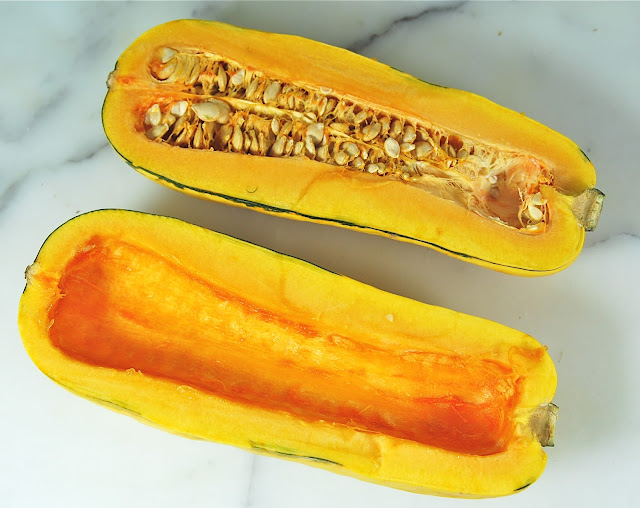 Then I put them in a baking dish and roasted them at 400° for about 30 minutes.  While they were cooking, I made the quinoa salad.
I cooked a quarter cup of quinoa in a half cup of water for about 10 minutes, just like you cook rice.  While that was cooking, I combined equal parts of corn (I used frozen organic corn) cooked black beans, quartered plum tomatoes and chopped snap peas.  I used peas because I have an allergy to bell peppers but if you can eat them, use green peppers.
When all of the water is absorbed into the quinoa, turn off the heat and throw the vegetables in on top  and put the lid back on the pot.  I left them in there for a few minutes while I juiced a lemon and chopped up some cilantro and red onion.  This won’t cook the veggies, just take the chill off of them. 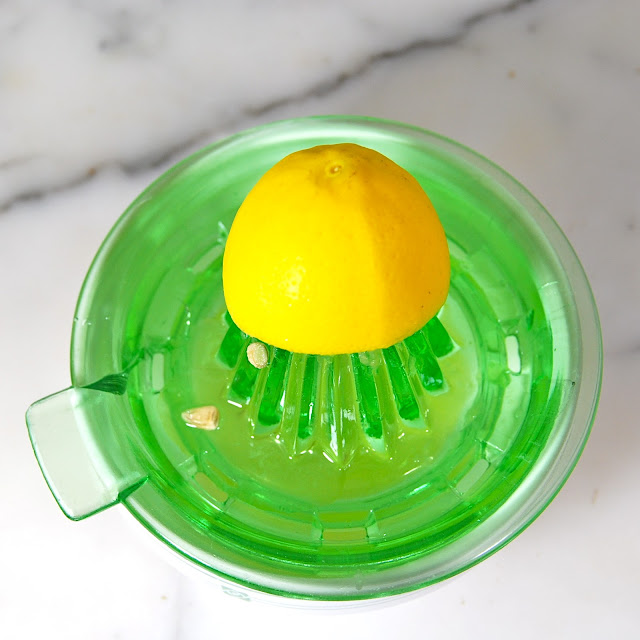 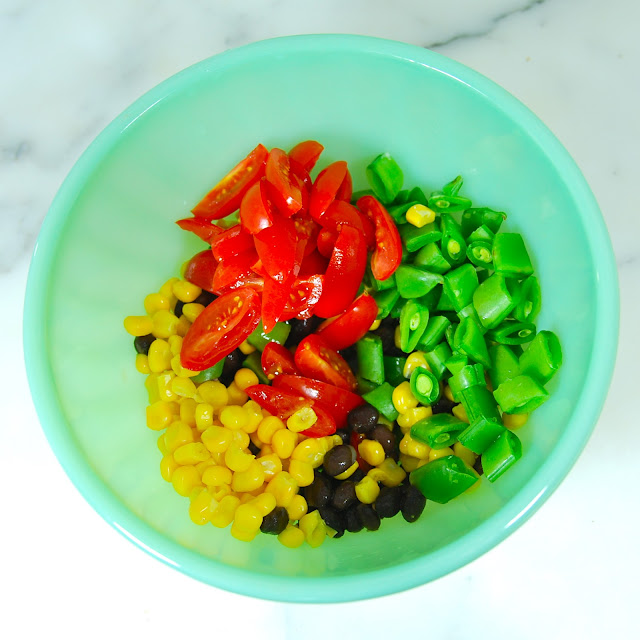 I poured the juice from one small lemon over the veggies and quinoa and then added the cilantro and some salt and chili powder.  When the squash is soft (you can test it by poking it with a fork) remove it from the oven and let it cool off for a few minutes before filling each half with salad.  The slightly tart lemony salad is a nice balance to the sweet squash. 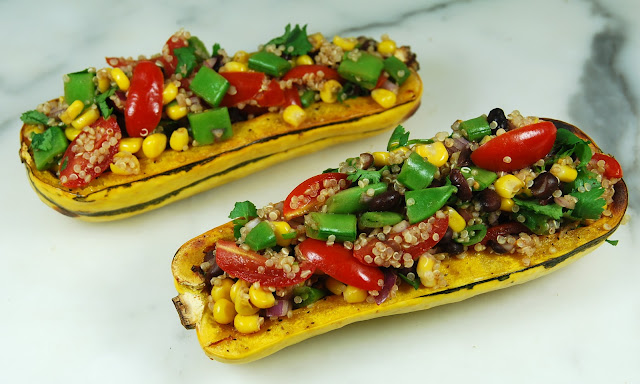 That’s it, easy to make, low cost, high in protein and vitamin C and almost no fat.  Ready in about 30 minutes.
Mexican Salad Stuffed Squash
Serves 2 - Use organic ingredients whenever possible
1 delicata squash
1/4 cup quinoa
1/2 cup water
1/2 cup cooked black beans
1/2 cup corn (frozen or fresh)
1/2 cup bell pepper (or snap peas) chopped
1/2 cup cherry or plum tomatoes, quartered
2 tablespoons red onion, minced
1/2 cup cilantro leaves, loosely packed
1 lemon, juiced
1/2 teaspoon chili powder
1/4 teaspoon salt
Preheat your oven to 400°
Sliced the squash in half and remove the seeds.
Sprinkle the squash halves with salt.
Roast for 20-30 minutes or until soft.
While the squash is cooking...
Put the water and quinoa into a small pot and bring to a boil
When the water boils, turn the heat down to low and cover.
Cook until all the water is absorbed, approximately 10 minutes.
While the quinoa is cooking...
Mix together the beans, corn, peppers, bell pepper (or peas), tomatoes and onion.
When the quinoa is done, dump the the veggies on top of the quinoa and cover.
When the squash is done, remove it from the oven and let it cool.
Juice the lemon and chop the cilantro and mix it into the quinoa and veggies
Stir in the chili powder and salt.
Fill the squash with the veggies and quinoa.
The recipe made a little bit more salad then would fit in the squash so I just dumped it over the top because that salad is seriously good!

Posted by My Recession Kitchen at 12:10 PM