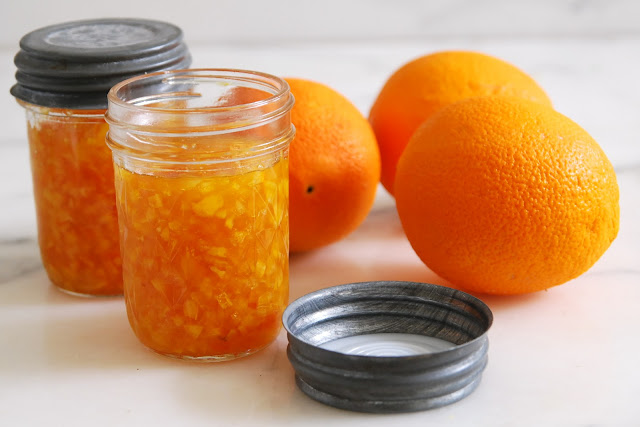 I’m generally not a big fan of orange marmalade, however, Mr Recession Kitchen loves the stuff.  He likes to mix orange marmalade with strawberry preserves and eat it on peanut butter sandwiches.  Because I have an upcoming Daring Baker’s Challenge that requires orange marmalade and because Mr. RK loves it so much, I decided to make a batch.
You can make marmalade using navel, valencia, blood or even satsuma oranges or a combination of fruits.  Personally, I think a pineapple orange marmalade sounds tasty.  Whatever you use, I highly recommend that you use organically grown fruit.  If the fruit is sprayed, the pesticides will be concentrated in the peel.  You just don’t want to eat that stuff.
Start by juicing the oranges.  I used large navel oranges so I was able to get about 1/2 cup of juice from each orange.  Put the juice in a measuring cup, stir in some agar flakes and set it aside.  I replaced the pectin with agar flakes.  Agar is a odorless, tasteless sea vegetable gelatin. 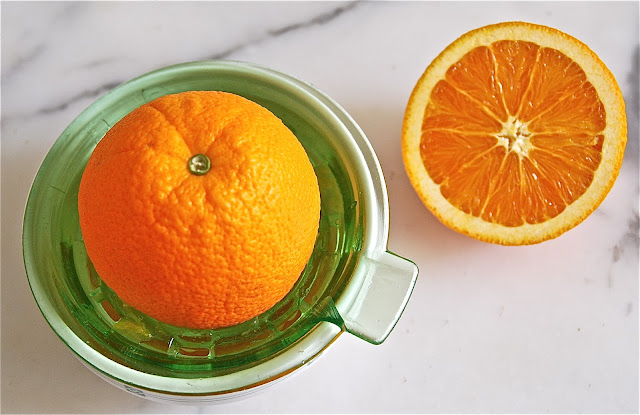 After you’ve juiced the oranges, cut the halves in half and slice the peels as thinly as you can. 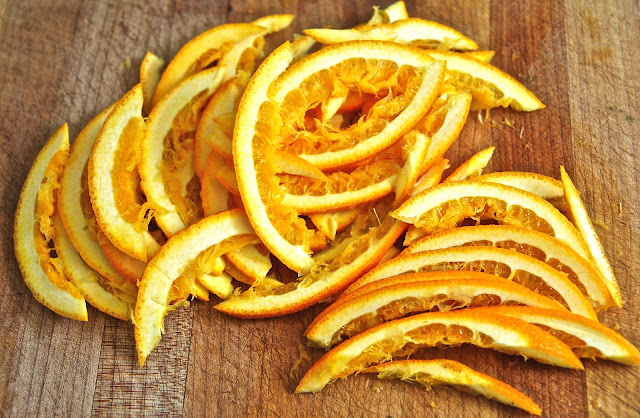 Then put them in a pot and cover them with cold water.  Bring the water to a boil and simmer the peels for 10 minutes and then drain off the water.  Repeat this step two more times.  The reasoning behind this is to remove the bitterness from the peel, so you really don’t want to skip this step.  When you are done, let the peels cool.  When they’ve cooled enough to handle, mince them into very small pieces. 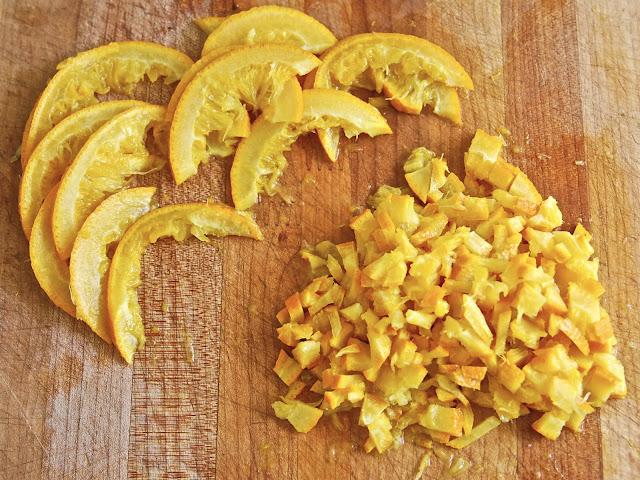 I wanted a healthier marmalade, so I replaced the sugar with a light agave syrup.  Agave, if you haven’t heard of it by now, is a low glycemic sweetener made from a cactus.  It makes a sweet marmalade without being overly sweet.

The next step is to simmer the agar on a very low heat 5 minutes, stirring often. Now add the agave syrup and the finely minced orange peel. Bring this to a boil and then lower the heat and simmer for 15 minutes. The marmalade will still be runny when it done cooking, don’t worry about this. It will thicken up as it cools, that’s just the way agar works.

I didn’t seal the jars because I knew we would be eating it right away. I used my zinc ball jar caps.  The marmalade will keep in your refrigerator for months without sealing the jars, if it lasts that long. 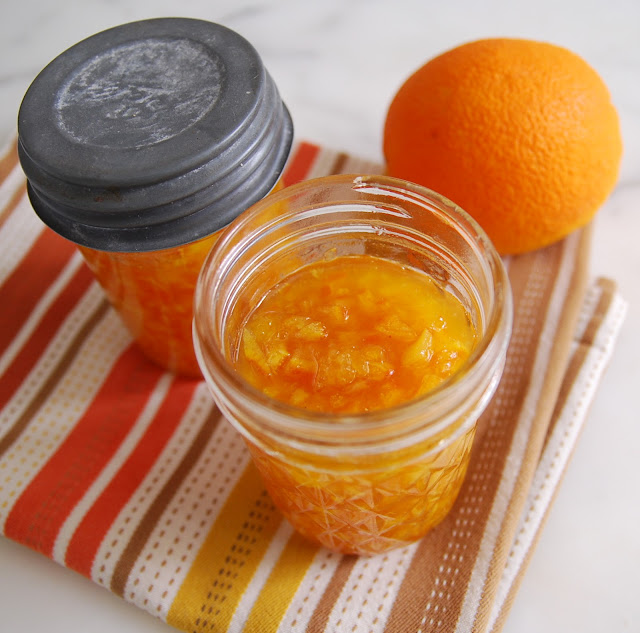 
Makes about 6 half pints - Use organic ingredients whenever possible


3 large organic oranges
3 cups light agave syrup
1 tablespoon agar flakes
Step 1: Cut the oranges in half and juice them (you should yield about 1 1/2 cups).
Stir the agar flakes into the juice and set it aside.
Step 2: Cut the peels in half again and slice them as thinly as you can.
Step 3: Put the sliced peels in a pot and cover with cold water.
Step 4: Bring the water to a boil and then turn it down and simmer the peels for 10 minutes.
Drain off the water.
Step 5: Repeat Step 3 two more times.
Step 6: When the peels have cooled, mince them into tiny pieces.
Step 7: Put the orange juice/agar mixture into the pot and simmer on low for five minutes, stirring often.
Step 8: Add the agave syrup, and minced orange peel and stir.
Step 9: Bring this to a boil and then turn down the heat and simmer for 15 minutes.
Step 10: Pack into jars and allow it to cool before refrigerating.

The marmalade will be runny when it’s done, it will firm up as it cools.

Posted by My Recession Kitchen at 3:49 PM

Email ThisBlogThis!Share to TwitterShare to FacebookShare to Pinterest
Labels: Canning