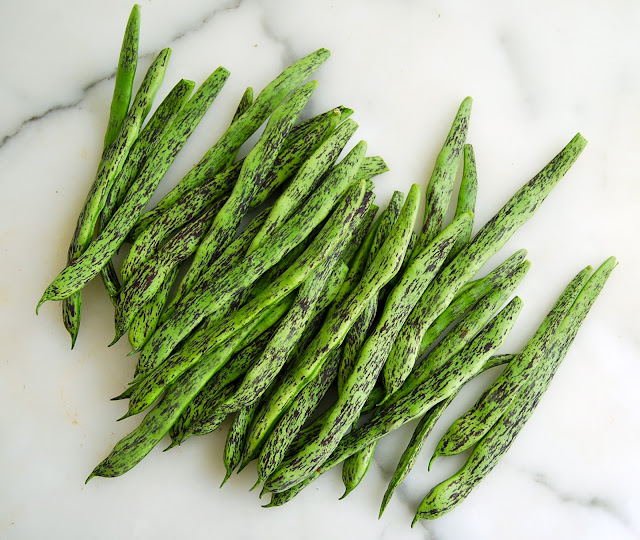 A neighbor gave me some beans in the spring and told me to plant them.  He said that they came from his father.  That’s all that he said, so I planted them and they grew, so much so that we had to put bamboo extensions on the wire cages so they would have something to grow on, and still they grew.  Then, they started to produce flowers, dark purple flowers, that turned into long, broad, purple mottled green beans.   Beautiful beans that I couldn’t identify, so I turned to the internet to tell me what I was growing.  Turns out, they’re rattlesnake beans.
Rattlesnake beans are an heirloom variety pole bean related to the pinto bean.  They’re heat tolerant and
and heavy producers as long as you continue to pick them.  Unlike other green beans that I’ve grown, they remain tender even when they grow large.  This means if you forget to pick one day, they’re not going to be tuff and stringy when you cook them.  The only disappointing thing about them is that they turn green when you cook them, the purple disappears. 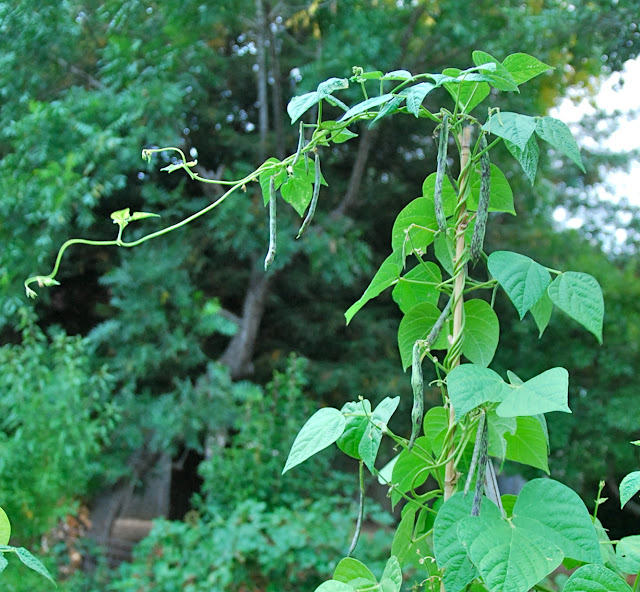 They’ve won me over.  I’ll be growing these again next year. 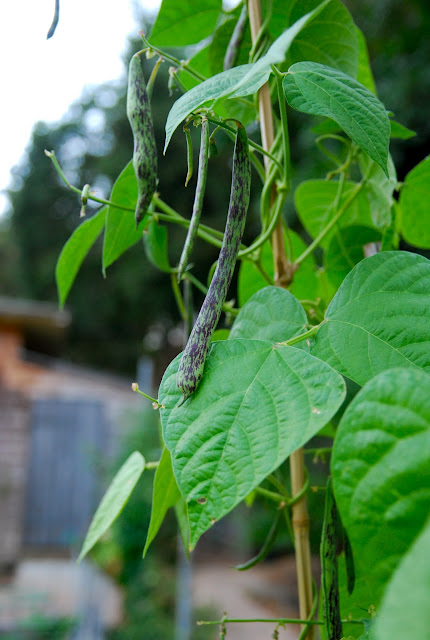 Posted by My Recession Kitchen at 10:19 AM