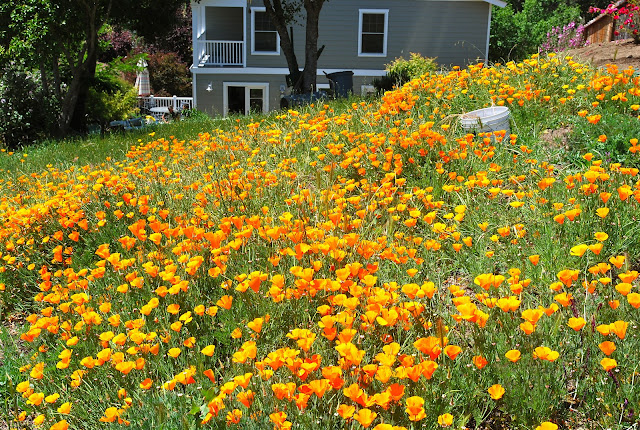 Our neighbors/friends up the street have a long sloping hill behind their house.  Early this spring it was covered in California poppies.  Quite a beautiful site.  They haven’t done much with it in past years so I convinced them that we should plant some veggies up there.  The things that need lots of sun and space to grow, like corn, melons, squashes and pumpkins.
So, when the poppies died off we dug some holes and mixed in some manure and planted some seeds.  This is a picture of corn starts. 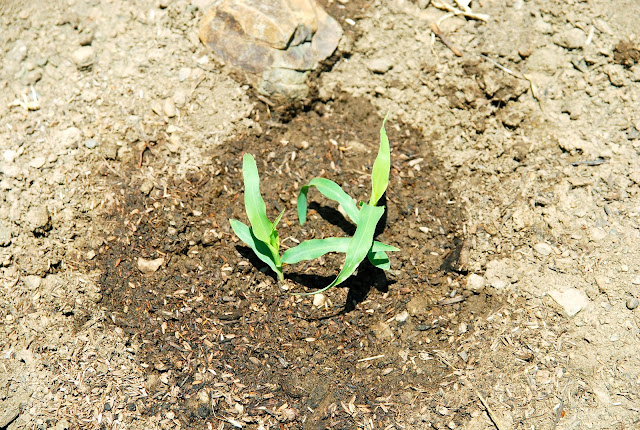 We’ve been eating corn for the last few weeks and today we picked the last of it. 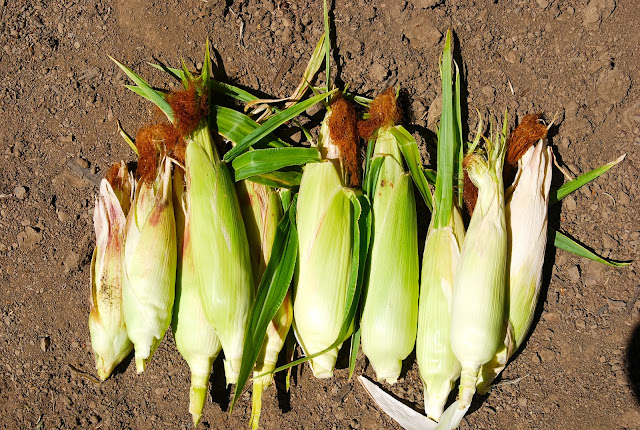 We also harvested a few little watermelons, they didn’t do so well.  I’m thinking we need more manure and compost next year.  We never got any cantaloupes at all. 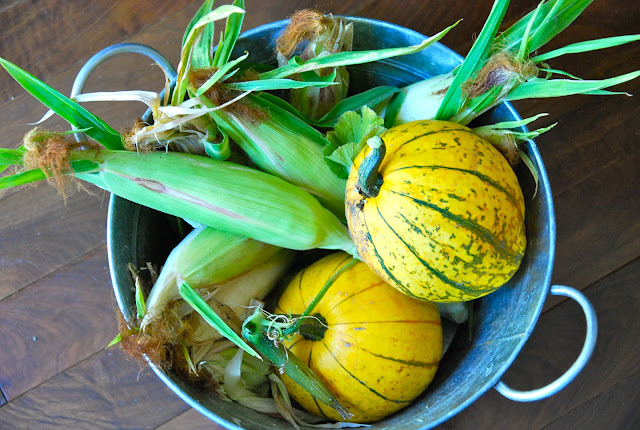 We also picked some delicata squash, which grew round rather than oblong...not really sure why that happened.  Then there are the pumpkins for Halloween. 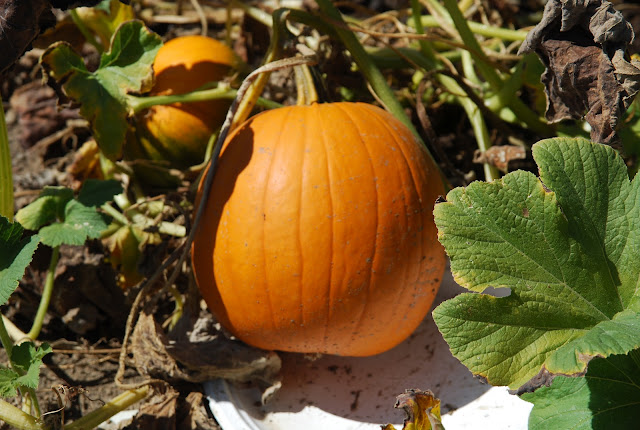 We got lots of pumpkins.  The pumpkins always seem to do well.  I like to put paper plates under them so they don’t sit directly on the dirt.  They tend not to rot or get infested with bugs that way. 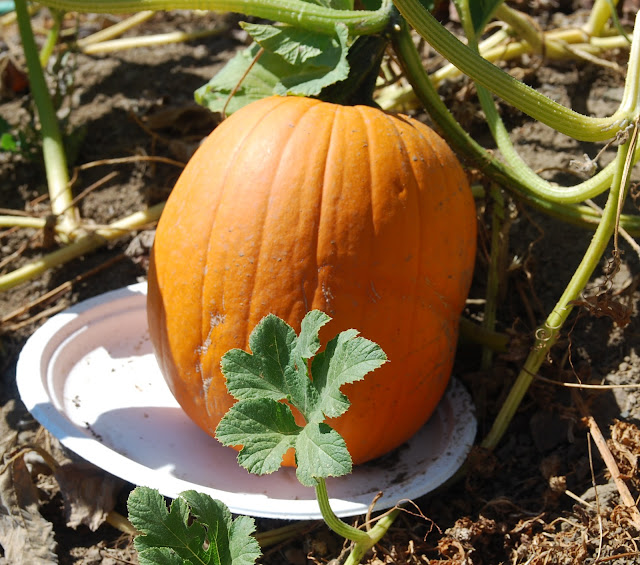 Posted by My Recession Kitchen at 10:48 AM