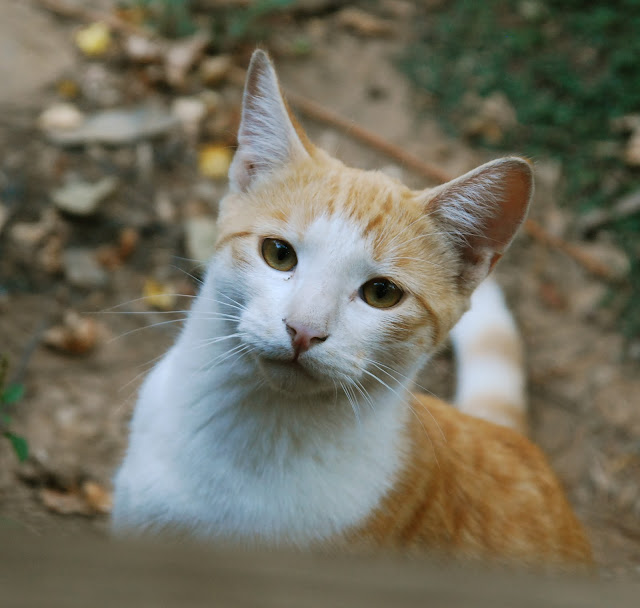 We have a new neighbor.  I must apologize, I was introduced and I’ve forgotten his name.  I know he was named after a character, I think, from a Star Wars movie, so we just call him “Baby Star Wars”.  He’s very friendly and always comes over for a visit in the evenings when we’re watering the garden.

I think he’s adorable and spunky and loves to play with sticks and leaves and just about anything you dangle in front of his face. 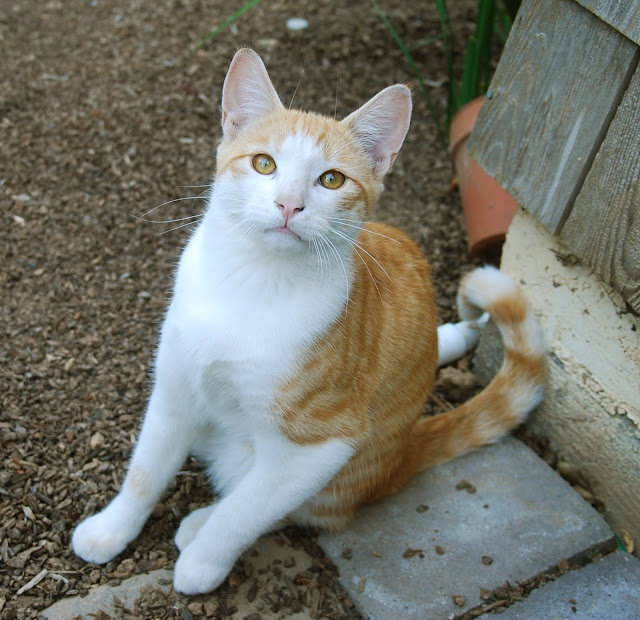 Although, I had to explain to him that this behavior was not appropriate. 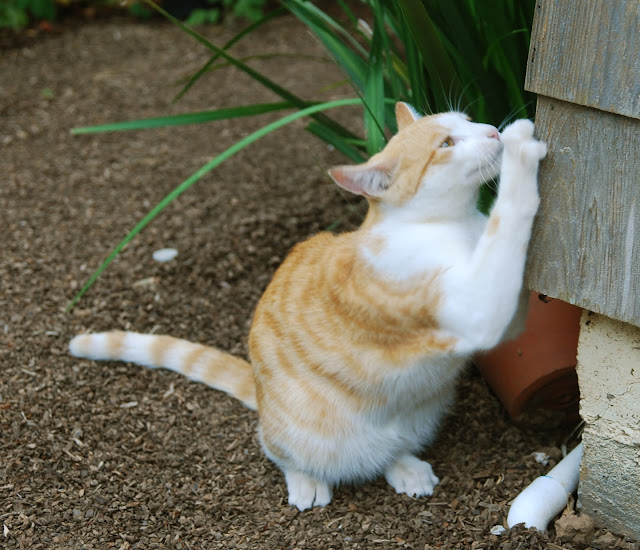 However, not everyone thinks he’s adorable.  This is my Director of Pest Management. 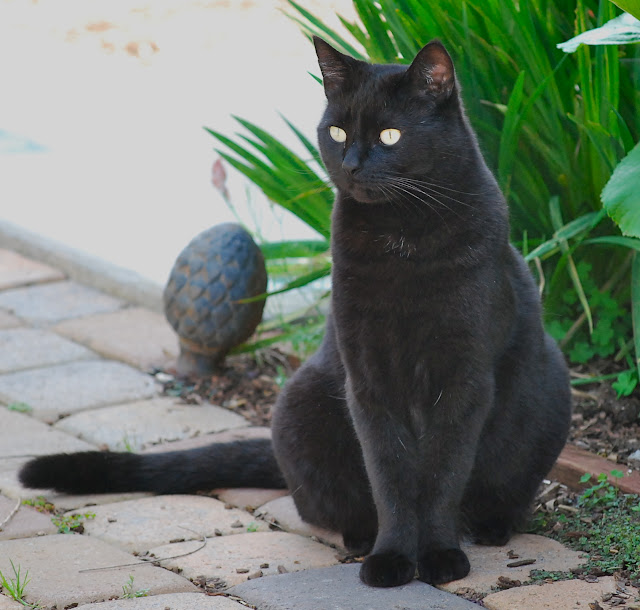 She doesn’t like Baby Star Wars and considers him to be an invading pest.  She spends her time telling him to leave and then chases him around the garden. 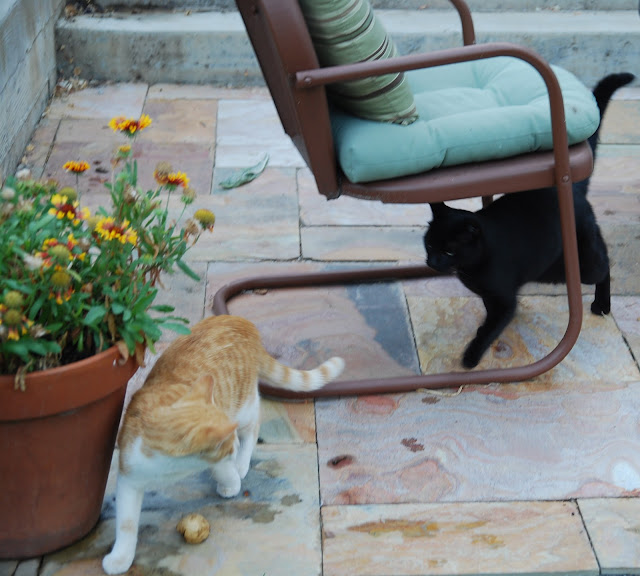 He just wants to play but she doesn’t want anything to do with him.  I think it makes him a little sad. 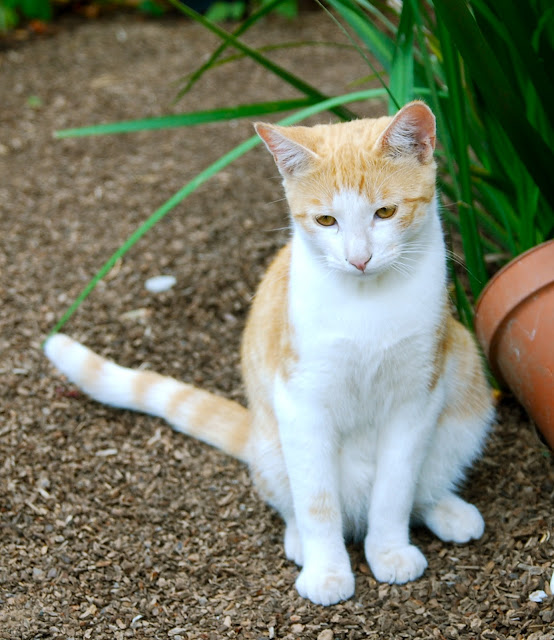 Posted by My Recession Kitchen at 11:55 AM