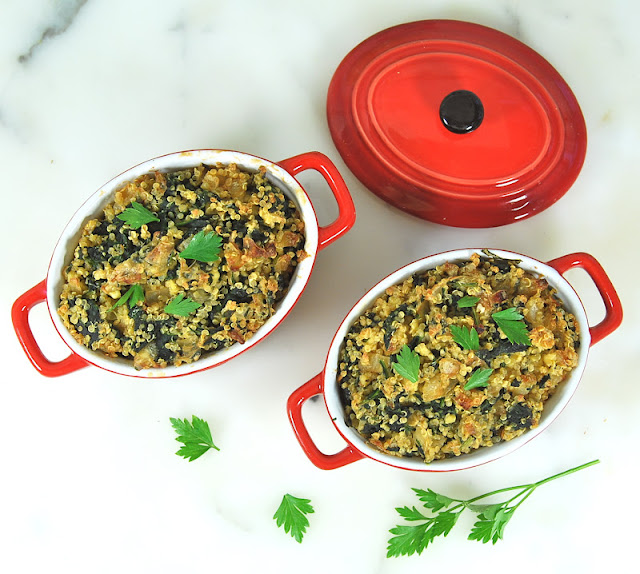 Quinoa is actually not a grain but a seed, like amaranth and buckwheat.  It’s called a pseudocereal rather than a true cereal because it’s not a member of the grass family.  It’s closely related to beets, spinach and tumbleweeds.  It’s extremely popular right now because it’s such a powerhouse of nutrition.  Quinoa is a complete protein, which means it contains all eight essential amino acids, usually found only in animal products.  It’s also high in protein, 18%, compared to brown rice which has only 5% protein.  It’s high in fiber, phosphorus, magnesium, and iron and it’s gluten free and cooks in less than 15 minutes. What’s not to like?  Quinoa should be a part of your diet, especially if you’re trying to cut down on animal products.  Most mornings, I cook quinoa flakes as a hot cereal for breakfast and top it with raisins, banana and cinnamon.

Always looking for new ways to cook quinoa, I found this recipe for Quinoa Spinach Bake on Martha Stewart’s website.  It sounded tasty so I decided to give it a try, plus I just so happened to have most of the ingredients on hand.  Martha, or whomever really came up with this recipe for Martha, has  you blanch the spinach first.  I’m not really sure about the reason for this, but I went with the instructions as written.
Blanch the leaves in boiling water for about 5-10 seconds, When they turn bright green, immediately scoop them out of the boiling water and put them in an ice water bath, this stops the cooking process. 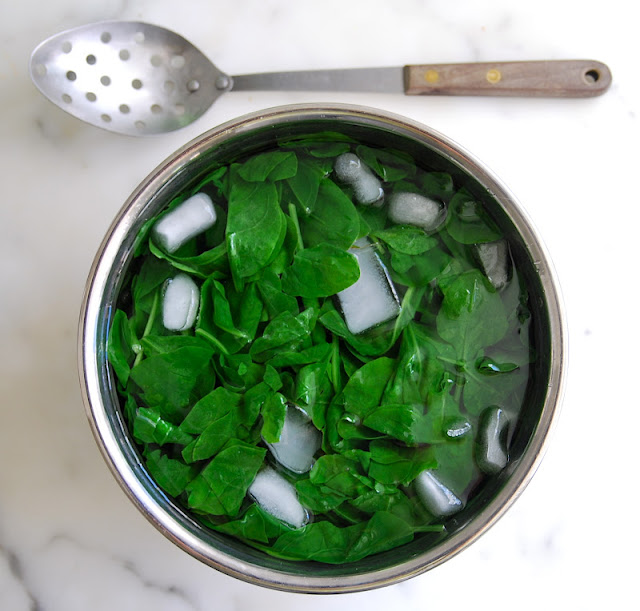 Next, you squeeze out all of the excess water and chop the spinach. 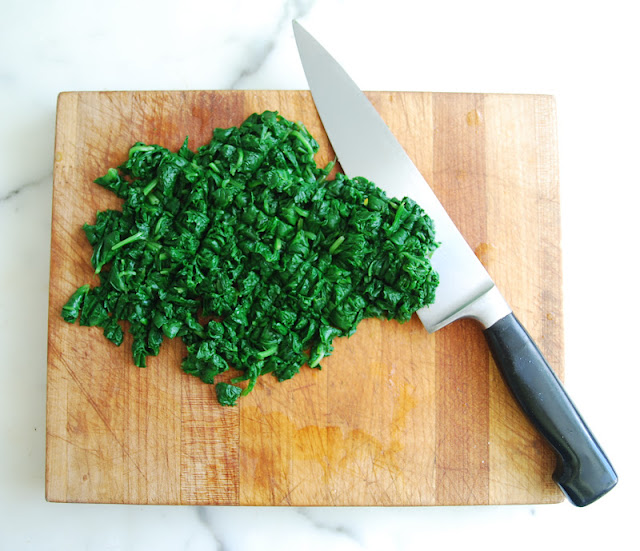 I baked this dish in individual little single serve baking dishes but you can make it in one baking dish.  Prep the baking dishes by rubbing or spraying them with some oil and sprinkling some whole grain bread crumbs in the bottom. 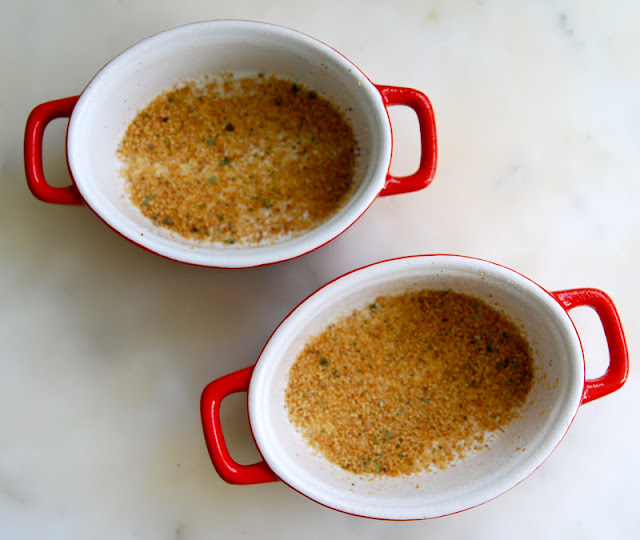 The original recipe called for a cup of cottage cheese and a couple of eggs.  I used 1/2 cup of crumbled tofu and 1/2 cup non dairy sour cream to replace the cottage cheese and I replaced the eggs with a combination of Bob’s Red Mill egg replacer, water and organic corn starch.  That seemed to do the trick.
The original recipe also calls for fresh rosemary and thyme, neither or which I had on hand so I added a couple of teaspoons of Spike seasoning blend.  If the basil I’m growing in my garden was big enough to pick, I would have used a couple of tablespoons of chopped fresh basil.  You can use what ever fresh herbs or seasoning blends you have on hand and customize it to your taste.
You mix together the herbs, cooked quinoa, spinach, egg and cottage cheese substitutes, onion, and garlic in a bowl and spread it out in your prepared baking dish or dishes.  I baked the little ones for 45 minutes but if you use an 8x8 glass or ceramic baking dish you will need to cook it for at least an hour or until the edges are brown.
I thought this dish was tasty but it lacked any real flavor pop.  Next time I’m going to add the fresh basil and some chopped up sun-dried tomatoes that were packed in olive oil.  I’m writing the recipe with these ingredients included.
Quinoa Spinach Bake
Adapted from a recipe by Martha Stewart
Makes 4 servings - Use organic ingredients whenever possible
Olive oil or spray oil
bread crumbs for baking dish
1 lb spinach leaves, picked and washed
1 teaspoons extra virgin olive oil
1 yellow onion, peeled and diced
2 cloves garlic, peeled and minced
2 cups cooked quinoa (about 1 cup uncooked quinoa)
1/2 cup mashed extra firm tofu
1/2 cup non dairy sour cream (Tofutti brand)
2 tablespoons chopped fresh basil or 2 teaspoons dried herbs
1/4 cup finely chopped sun-dried tomatoes that were packed in oil
1/2 teaspoon salt
2 tablespoons Bob’s Red Mill egg replacer
6 tablespoons water
2 tablespoons organic cornstarch
Preheat your oven to 350°
Spray or wipe one 8x8 glass or ceramic baking dish or 4 individual baking dishes with oil.
Cover the bottom of the baking dish with bread crumbs.
Bring a large pot of water to a boil.
Fill a large bowl with cold water and ice cubes and set aside.
Put the spinach in the boiling water and blanch until bright green, about 10 seconds.
Transfer the spinach to the ice water with a slotted spoon.
When the spinach is cold, remove it from the ice bath and squeeze out all the water.
Chop the spinach and set aside in a bowl.
Heat the oil in a saute pan
Add the onion and garlic and saute for about 8 minutes.
Add the sauteed onion and garlic to the spinach.
Add the quinoa, tofu, sour cream, tomatoes, basil and salt to the bowl and stir.
In a small bowl, whisk together the water, egg replacer and the cornstarch.
Add this mixture to the others and stir until combined.
Pour the mixture into the prepared baking dish (or dishes) and place in your oven.
Baked about 60 minutes or until the edges are brown.  (45 minutes if you’re using individual dishes)

Posted by My Recession Kitchen at 12:02 PM