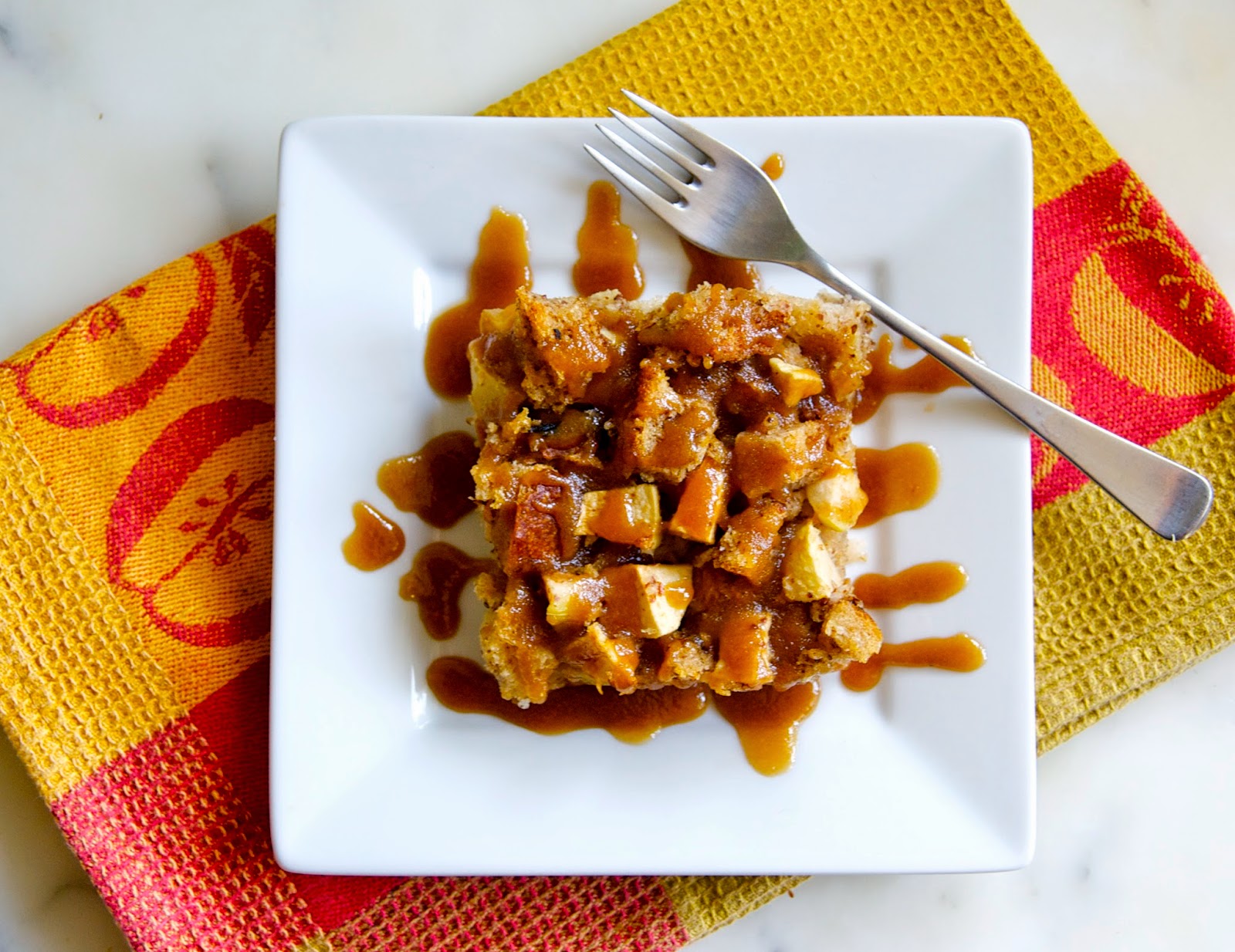 I've been working on this recipe for Caramel Apple Bread Pudding for over a month.  I almost gave up twice, and we've eaten more pans of bread pudding than I care to admit. Some were too soggy and some were too dry.  I wouldn't have thought that an egg and dairy free bread pudding would be such a challenge, but I finally feel good enough about this recipe to post it. 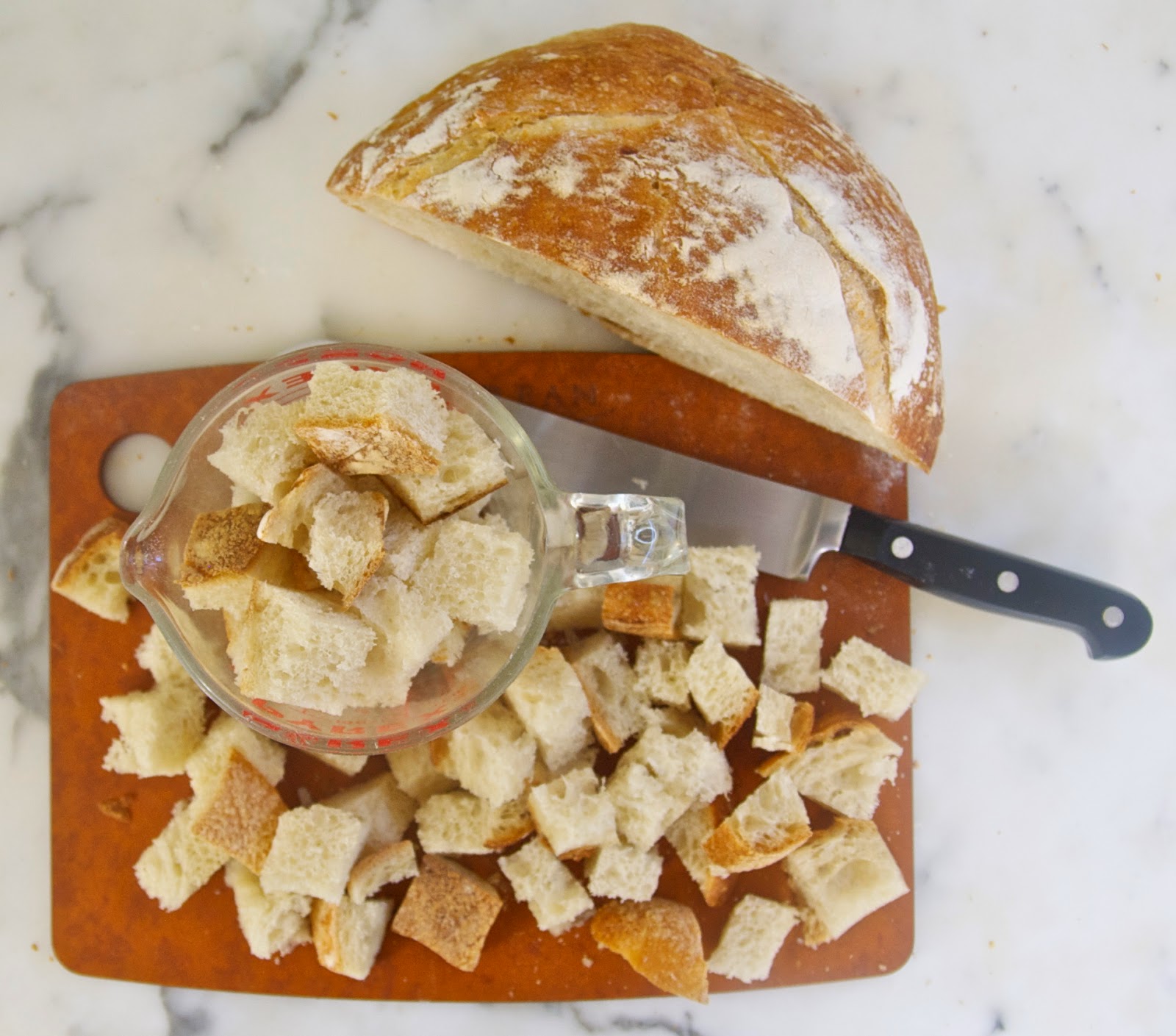 The next several batches were made with sprouted whole wheat bread. 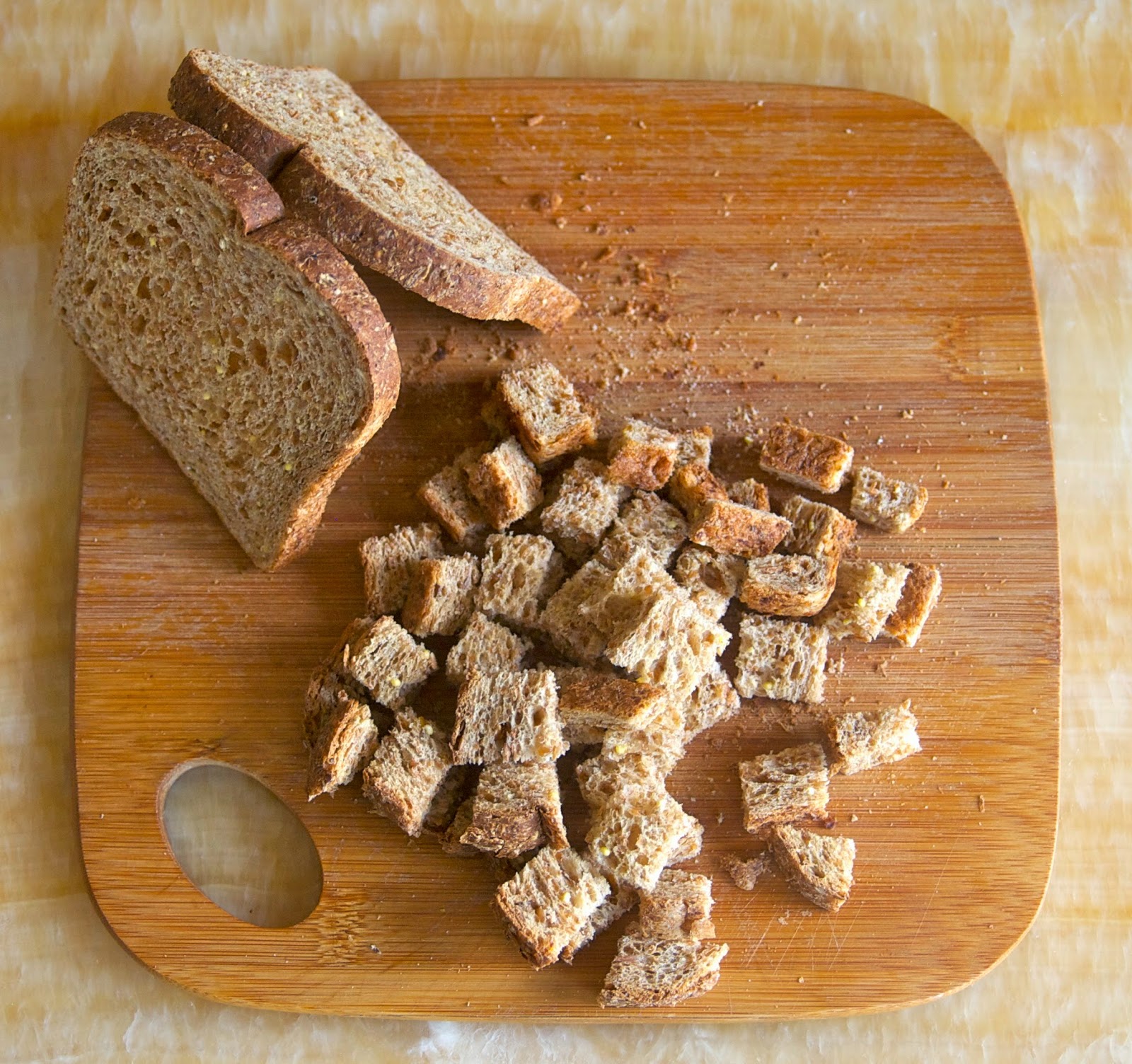 I really liked the whole wheat versions, I would use whole wheat bread if I was going to eat this for breakfast, without the caramel sauce. 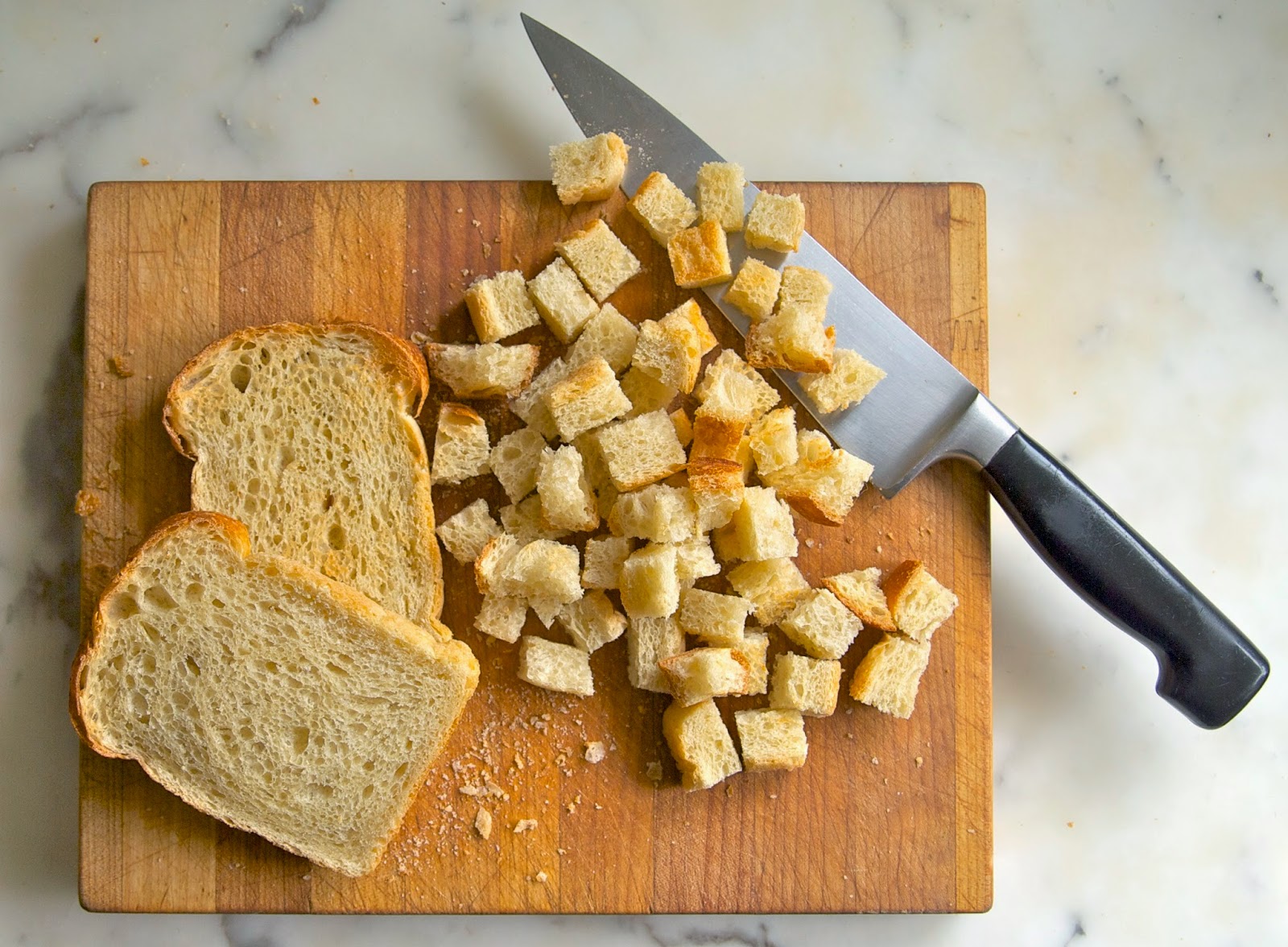 I finally settled on a hearty white bread.  I used day old bread that I got for free, you don't want to use fresh bread for bread pudding anyway.  Check with your local bakeries for old bread that they may give you, free of charge.  I would imagine that bread pudding was invented as a way to use stale bread. This recipe could easily be gluten free by chopping up your favorite gluten free bread.

The hardest part of this recipe was developing a liquid that would hold everything together without eggs.  I found that a natural non-dairy soy creamer worked best because it's thicker than regular non dairy milks.  I used Wildwood brand but you could use Silk or even So Delicious coconut creamer.
I added ground flax, tapioca starch, melted Earth Balance non dairy butter, palm sugar, vanilla extract and salt to the creamer.  This combination did the trick.  I poured the liquid over the bread and let it sit for 20-30 minutes.  You want the bread to absorb all the liquid. 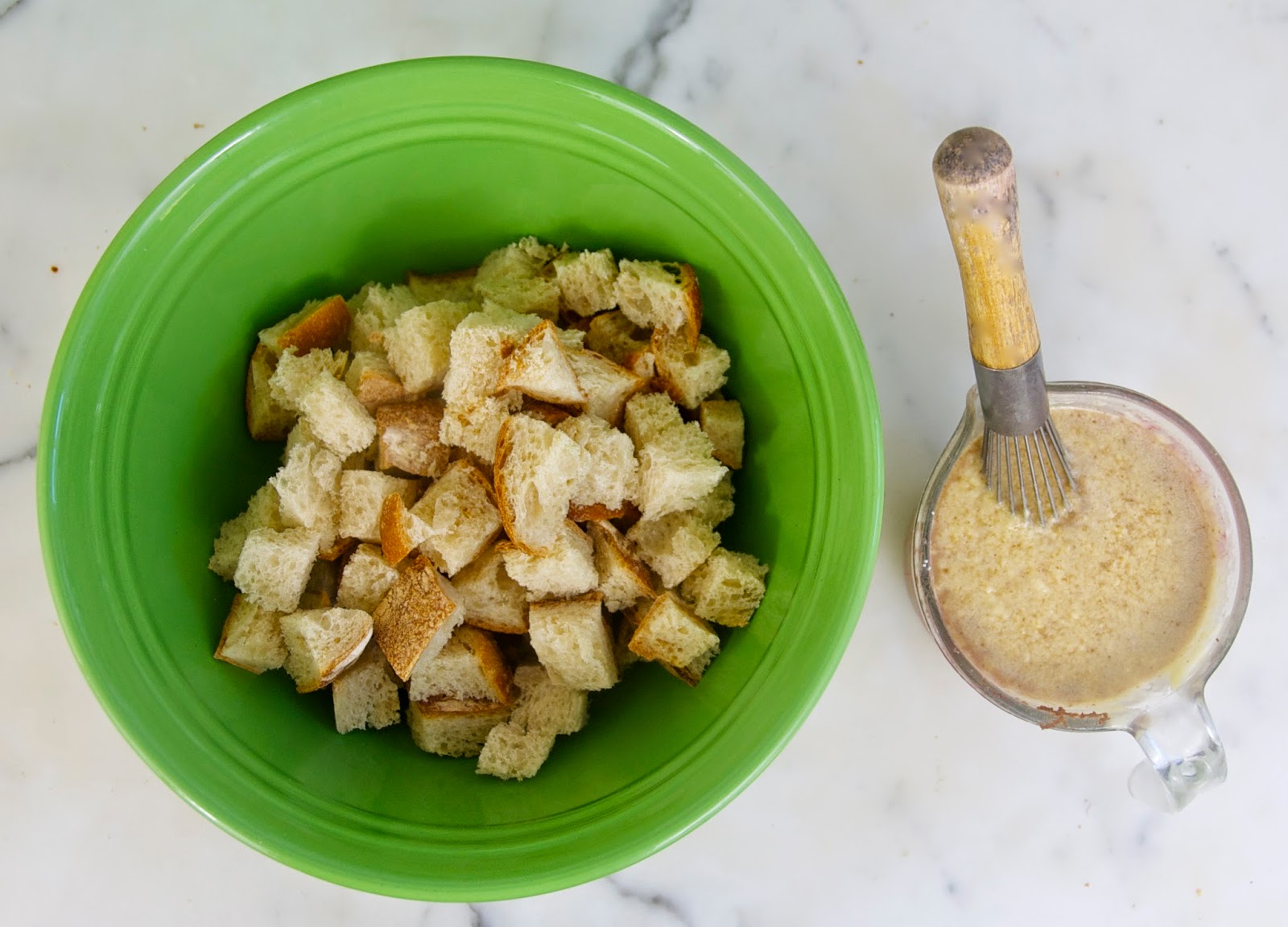 While the bread and liquid mixture are mingling, you can prepare the apples.  I used up the buggy and bruised apples from my tree.  It's also a good way to use old fruit not suitable for eating fresh.  Peel, core and cut the apples into 1" chunks. 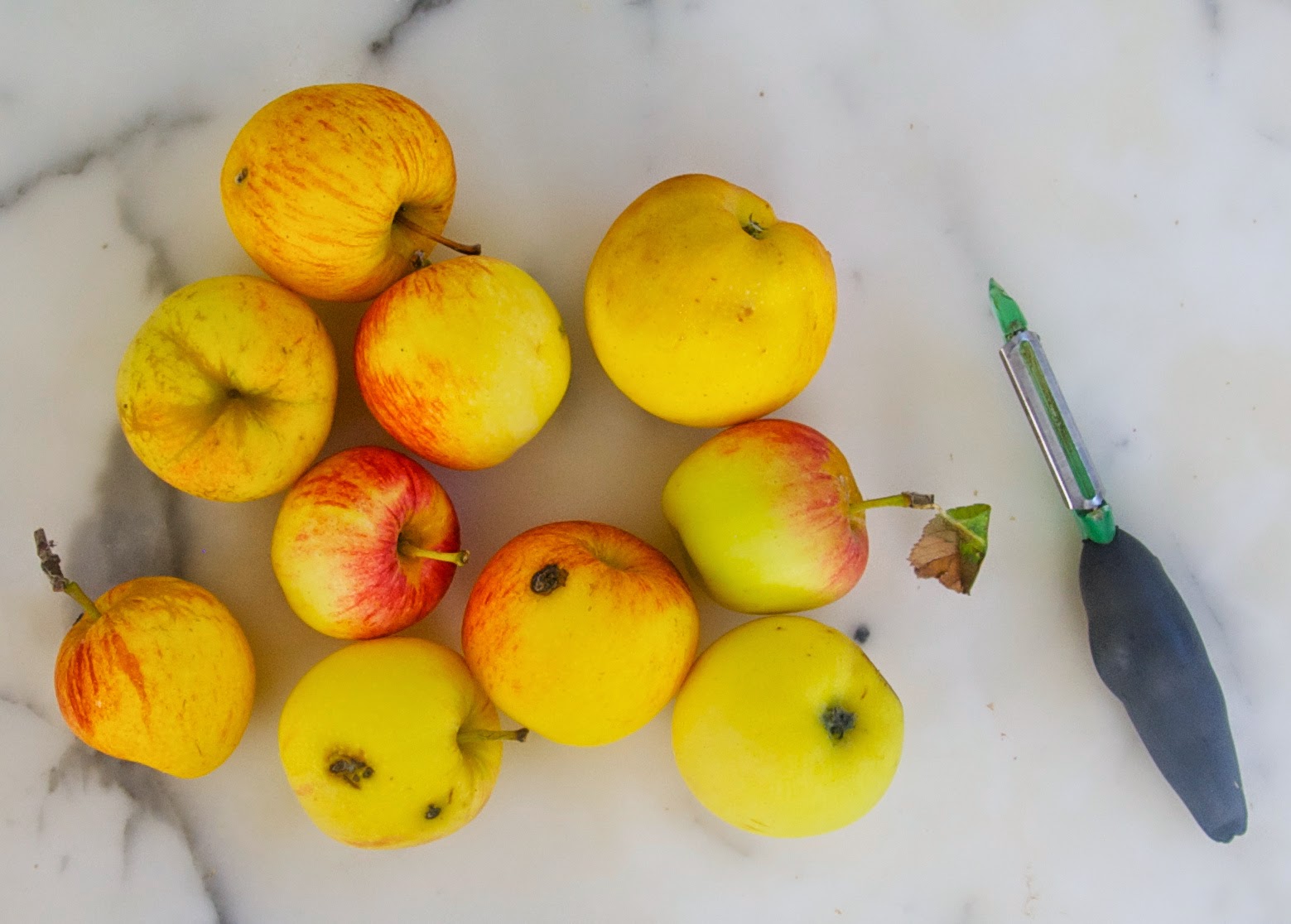 Toss the apple chunks with the bread cubes when the liquid is completely absorbed and press it into a butter 8" pan. 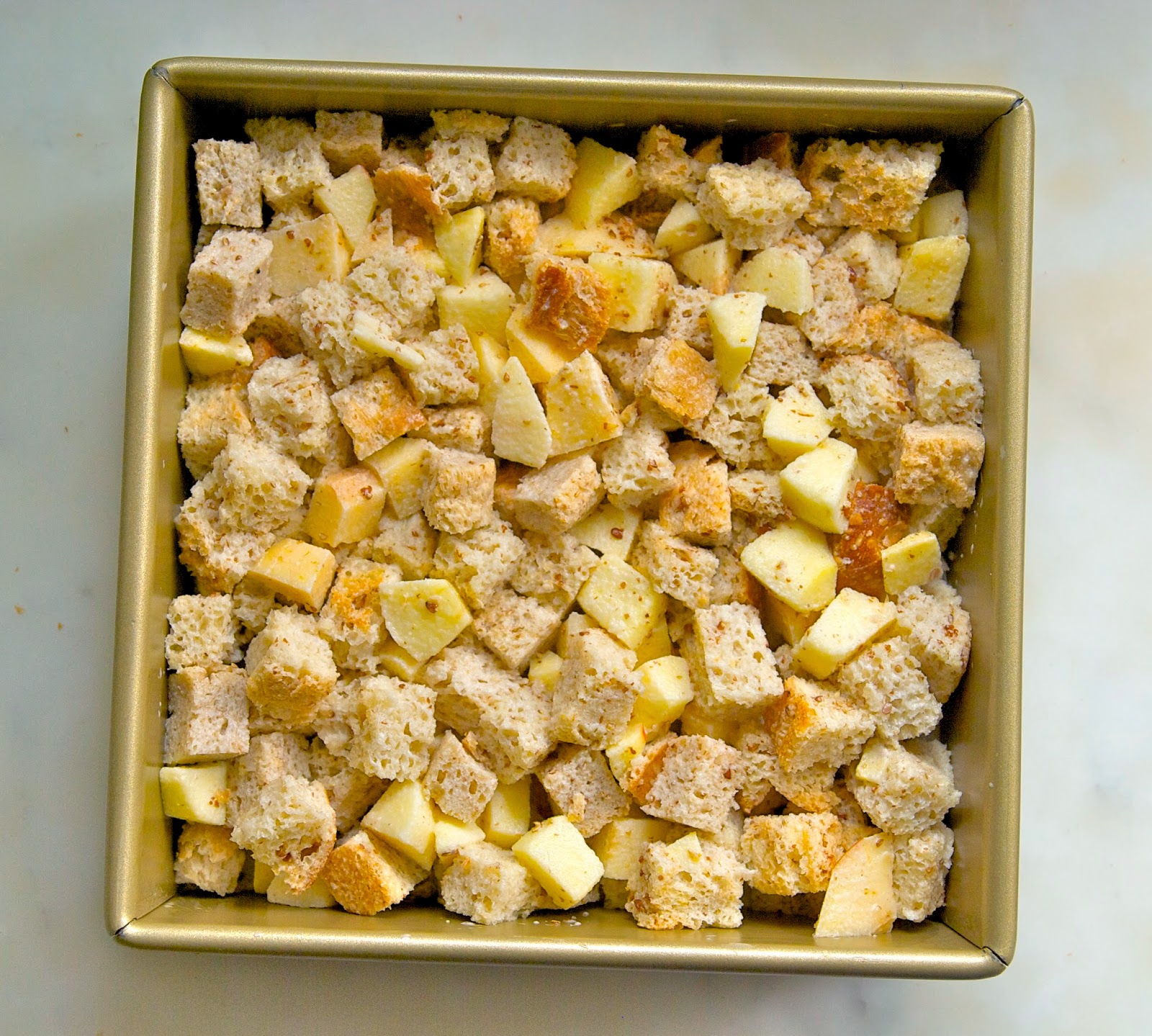 Bake it for 40 minutes and let it cool a little before cutting it.

I made many batches of caramel sauce for this bread pudding, some with a combination of white and brown sugar and some with coconut palm sugar. Some I poured on the pudding before baking it, but in the end, I felt it was better to pour the caramel sauce over the pudding after it was cooked. Palm sugar is a low glycemic sweetener, so it doesn't give you the highs and lows that other sugars tend to do.  It makes a darker caramel with a richer, more complex flavor.  I like the taste but it is a little different from a traditional carmel sauce. Feel free to use whatever sugar combination that you want.

Preheat your oven to 350˚
Put the flax in a small bowl with 1/2 cup of the creamer
Set aside for 15 minutes
Meanwhile, cut the toasted bread into 1/2 inch pieces.
(You should end up with about 5 cups bread cubes)
Add the tapioca starch to the flax mixture and whisk.
Add the remaining creamer, palm sugar, salt, butter, and vanilla.
Whisk until combined.
Pour the liquid mixture over the bread cubes and toss.
(Include any crumbs you make from cutting the bread)
Set aside for 30 minutes or until all the liquid is absorbed.
Meanwhile, peel, core and chop the apples.
Toss the apples with the bread.
Grease an 8" square pan.
Lightly press the bread and apple into the pan.
Bake for 40 minutes.
Let the pudding cool for 15 minutes before cutting.

While the pudding is baking, you can make the sauce.
Combine the sugar, butter, and creamer in a pot.
Cook over a medium heat, stirring occasionally, until it boils.
Turn the heat down to low and simmer for 4 minutes.
Turn the heat off and stir in the vanilla.
Allow the sauce to cool and thicken.
When the pudding has cooled, pour some caramel over each piece and serve.


Posted by My Recession Kitchen at 9:56 PM