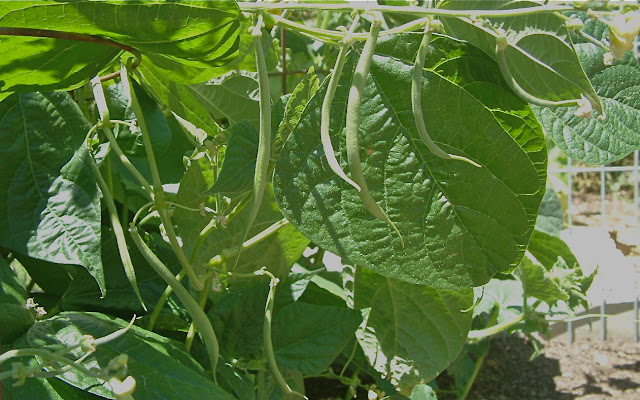 Growing green beans has never been problematic for me.  I’ve gown them in large pots or in the ground depending on the space I’ve had available and rarely have I had any problems with pests or molds.   They’re one of the constants in my summer garden.  I start them out doors after the last frost (around May 1st here) or sometimes, if I’m organized enough to remember, I start them indoors, in April to get a jump start on summer.


Beans are one of the longest-cultivated plants, having been grown in ancient Egypt, and for the last six thousand years, in the Americas.  Most of the varieties commonly eaten fresh today, came from the Americas, first seen by outsiders such as Christopher Columbus during his invasion of the region. The Native Americans who grew them would often use the Three Sisters method of companion planting beans with maize (corn), and squash, all intermingled together, a system that originated in Mexico.  The corn would not be planted in rows as it is today, but in a checkerboard fashion across a field.  Beans would then be planted around the base of the stalks, and would vine their way up as the stalks grew.  The cornstalks would work as a trellis for the beans, and the beans would provide much-needed nitrogen for the corn.  Squash would then be planted in the spaces between the corn. They would be provided with some shelter from the sun by the corn, and act as mulch for the corn.  The squash would also deter many animals from attacking the corn and beans, because their coarse, hairy vines and broad, stiff leaves would be a deterrent for animals like deer and raccoons.   Such a wonderful symbiotic relationship!  I wish I had the space to grow them that way. 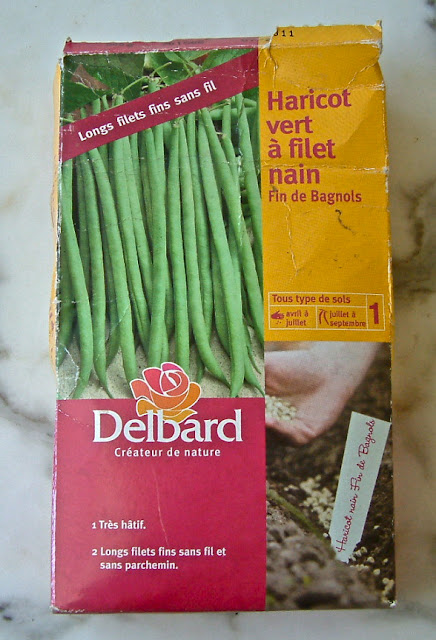 I've grown green beans for the last two years from seeds that I bought in Paris. 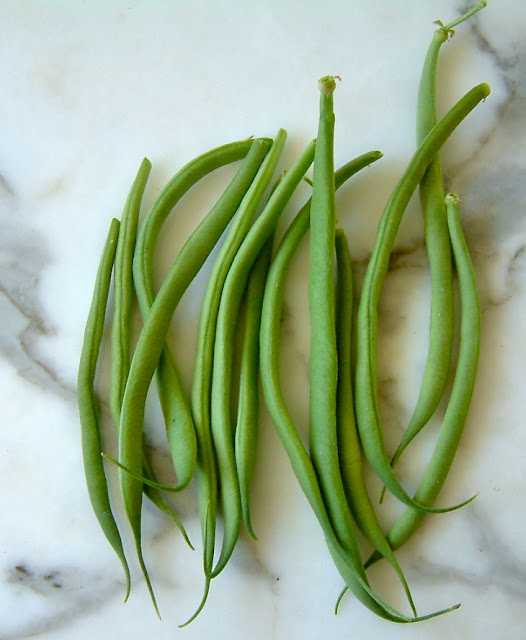 I’ve always loved the long French style green beans, so when I saw them in a shop, I bought some.  This is my first  harvest of the season, which became part of a 4 bean salad.
Posted by My Recession Kitchen at 7:53 PM