Growing My Own Onion Seed This spring I has some green onions that wintered over and grew impressively large.  You don’t really get a very good perspective from this picture but the stems on these onions were about 4 feet tall.  They developed beautiful flowering heads.  I was very impressed with their showy desire to reproduce themselves, so I let a few of them stay to watch what would happen.  The flower buds began to open and then the bees showed up. 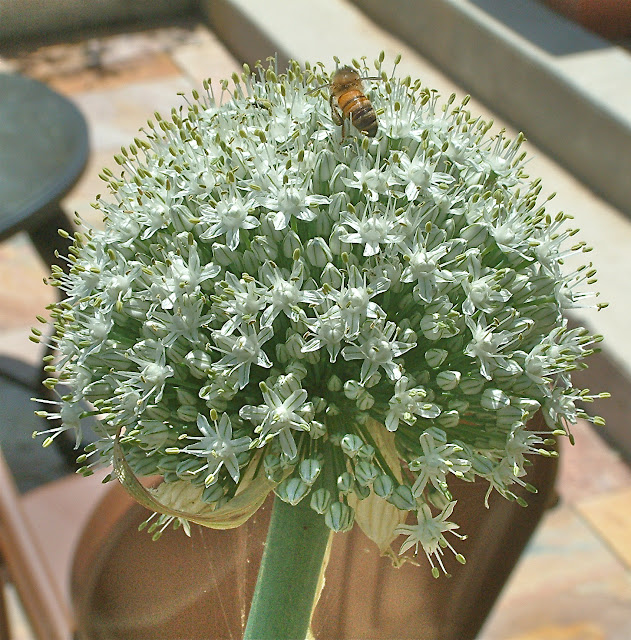 I was surprise that the bees like the onions as much as they did.  These flowers had a very strong onion scent.   I’m not so sure I would like onion honey, but maybe on some herbed biscuits....it would be quite tasty.  After the bees worked their pollenating magic, the flowers turned into little seed balls. 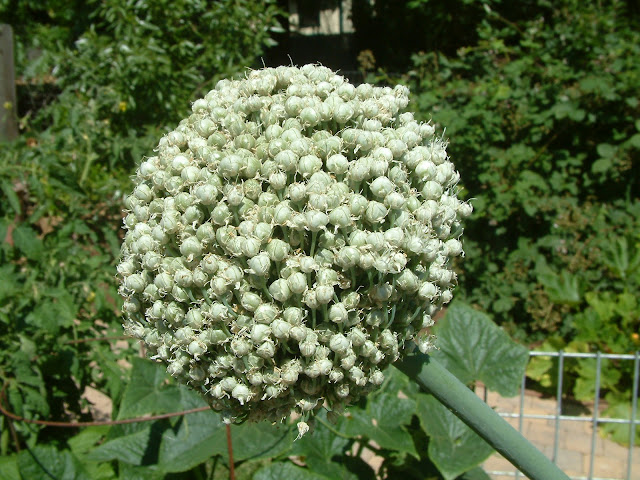 I watched those seed balls, as the weather got warmer, waiting for them to turned brown.   When they did, I cut them off and let them sit in my house for a week, to dry out further, before harvesting the seed. Each little seed ball had two to four small black seeds inside.  I got over a 1/4 cup of onion seed from two of these flower heads.  That should keep me in onions for years, at no cost!  I can’t imagine how many seed packets this probably represents. 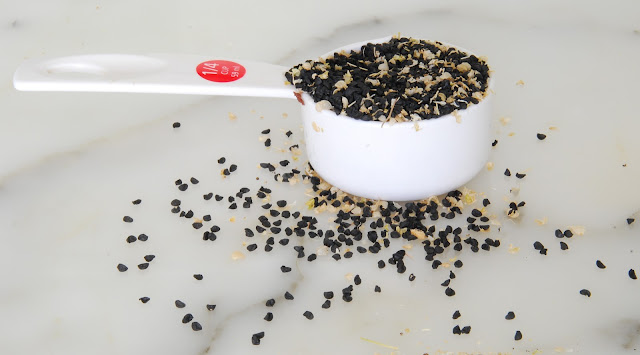 I planted some of the seed a few weeks ago to be sure that they were viable and they spouted.  The original seed was organic and non-hybrid, so I’m fairly certain that these onions will grow normally. 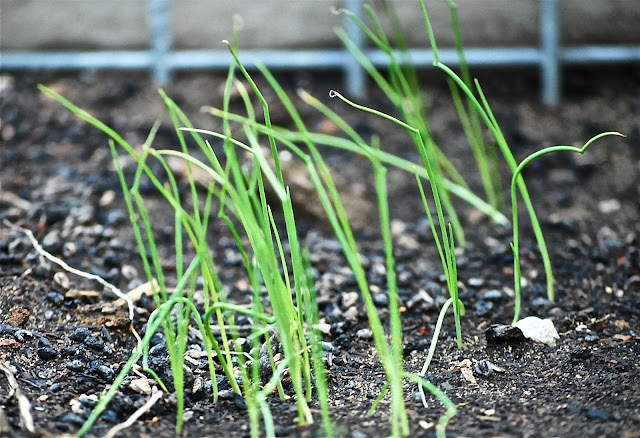 Posted by My Recession Kitchen at 9:09 PM