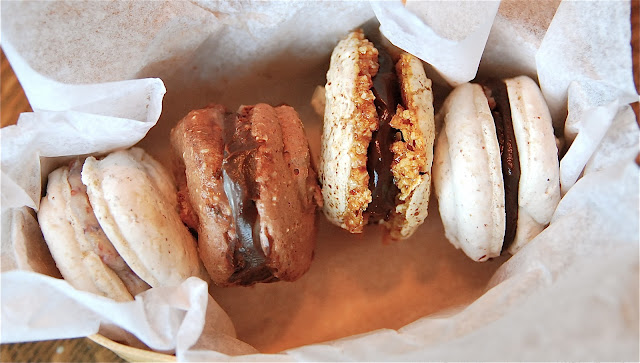 The 2009 October Daring Bakers’ challenge was brought to us by Ami S.  She chose macarons from Claudia Fleming’s The Last Course: The Desserts of the Gramercy Tavern as the challenge recipe.

This was, of course, a huge challenge for me because French macarons are mostly egg whites, and I’m allergic to eggs.  When I read that this would be the October challenge, I decided to order some Angel vegan meringue cookie mix, to replace the eggs, rather than reinvent the whole wheel.  I ordered a few boxes on line to give it a try.  This little box cost 6.95  (I found an online coupon for free shipping)  The product comes in two pouches, part A and part B. 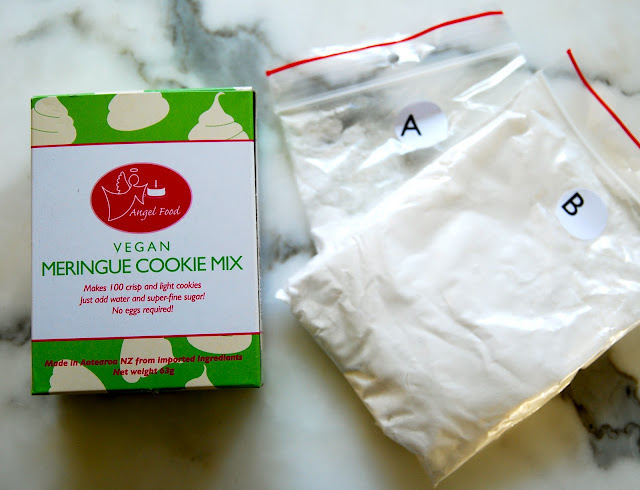 To make meringue cookies, you whip up part A with water until you have soft peaks and then you mix part B with fine sugar and whip it into part A until you have stiff peaks.  I did this, and then I followed the macaron recipe as written, using the sugar called for in the macaron recipe.   Here’s a picture of what happened to the first batch I baked.  The nut/sugar part of the recipe separated from the meringue and made a little puddle, leaving behind an empty shell.  The little tails didn’t flatten out either. 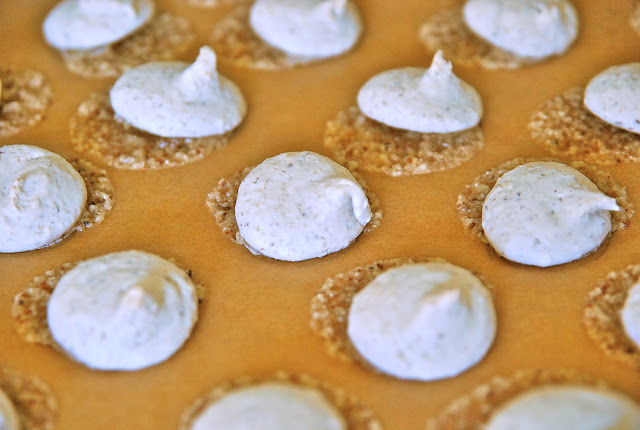 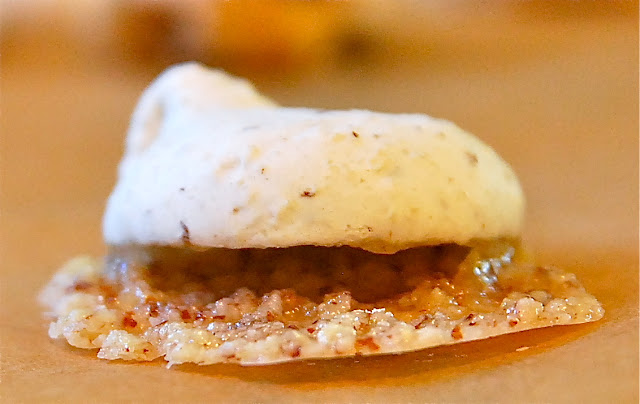 So, for the second batch, I used the cooking instructions for the meringue mix and left the oven at 200˚
instead of turning it up to 375˚.  Baking them at 200˚ for 30 minutes seemed to do the trick.  The second batch didn’t separate.  I did my best to smooth down the peaks since I knew they weren’t going to melt away on their own.  My macaroons were grainy (was my almond meal fine enough?) and never got shiny on top.  I even tried a little spray oil on one but that was a terrible disaster. 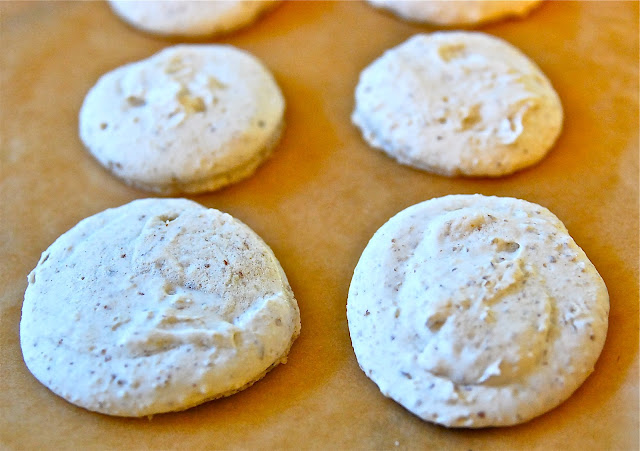 Even though these looked looked ok, they were still somewhat hallow inside.  I played around with flavors by adding some coco powder to half a batch. 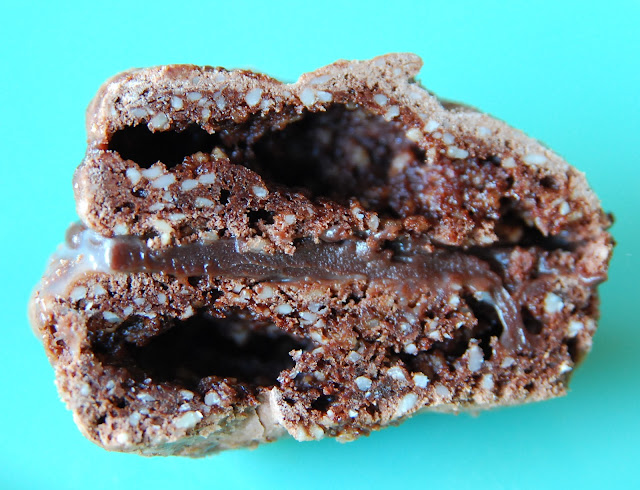 I added goji berry powder to the other half, hoping I would get a red/orange macaron but sadly it was sort of spotted and flattened out more than the others.  Malt powder was added to some others, but the flavor wasn't as strong as I would have liked.  I made tow types of fillings, dark chocolate and white chocolate cranberry.  Both were very tasty.


This is a work in progress.  Because I’ve never eaten a real French macaron,  I really have no real bases of comparison, but these were tasty, if not really authentic.  I’d like to try using the the Angel meringue mix in other recipes, specifically pouch A.  When the ingredients of pouch A were whipped with water, it looked exactly like egg whites. I wonder how it would work in other baked goods.

Posted by My Recession Kitchen at 2:55 PM