Harvest moon: The full moon closest to the autumn equinox.  The October full moon that rises within a half hour of sun set, giving farmers light to extend their harvest.

Once every four years the Harvest Moon occurs in October, this is one of those years.  The short time between the sun setting and the moon rising gives farmers extra light to extend their day/harvest.  It’s also called the Hunter’s Moon because it gives hunters more time to chase their prey...but as an almost vegan, I’d rather not think about that.


The Harvest moon often seems to be bigger, brighter and more colorful than other full moons.  These effects are caused by the seasonal tilt of the earth and the greater amount of particles in the atmosphere that the moon passes though.  A low lying moon appears larger but it’s an optical or “moon illusion”.
The point is, it’s harvest time.  It’s time to clean up your garden and get it ready for winter.  Time to cut and compost any dead leaves, vines and branches.  Time to put away your garden chairs and clean those rain gutters before the rains come.   It’s time to pick your squashes and pumpkins.  I only got one pumpkin from my plant this year, and it shall be sacrificed to the Halloween gods (used for a jack-o-lantern).  Here’s a picture of my pumpkin when it was born, with it’s flower still attached. 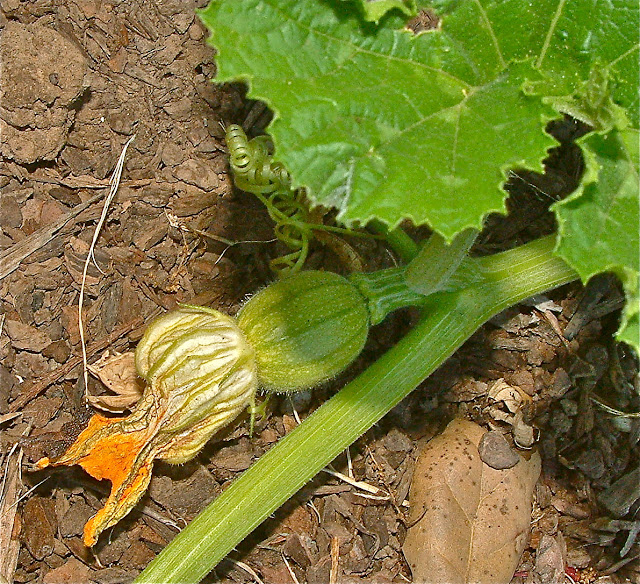 Here’s a picture of my pumpkin as it grew. 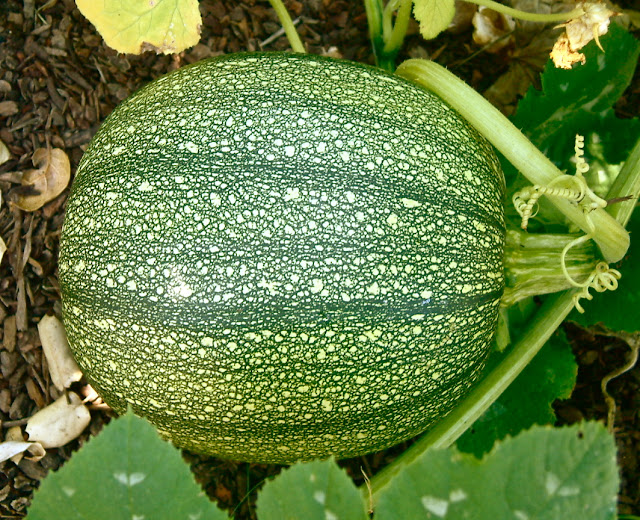 Now it's turned orange, but note that the stem is still green. 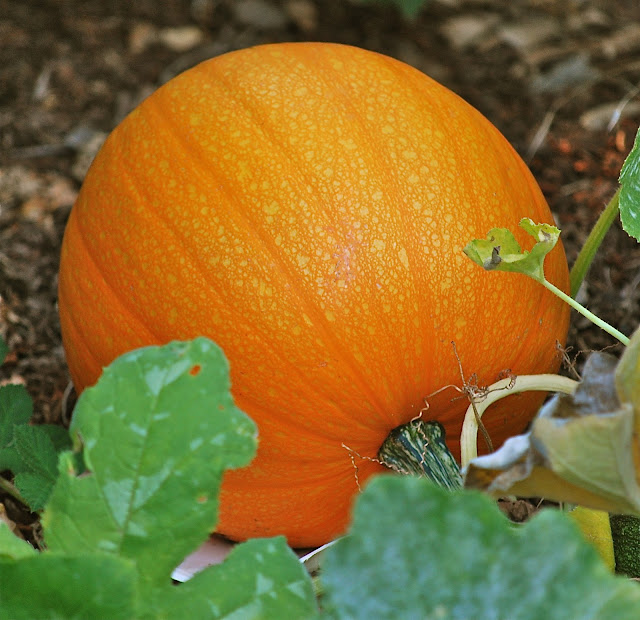 Here’s a picture of my pumpkin today.  See how the stem has turned white, it’s time to pick it. 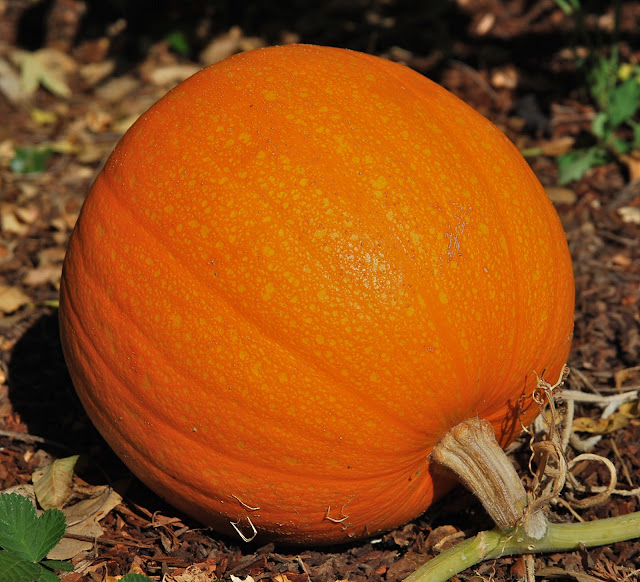 Posted by My Recession Kitchen at 11:36 AM