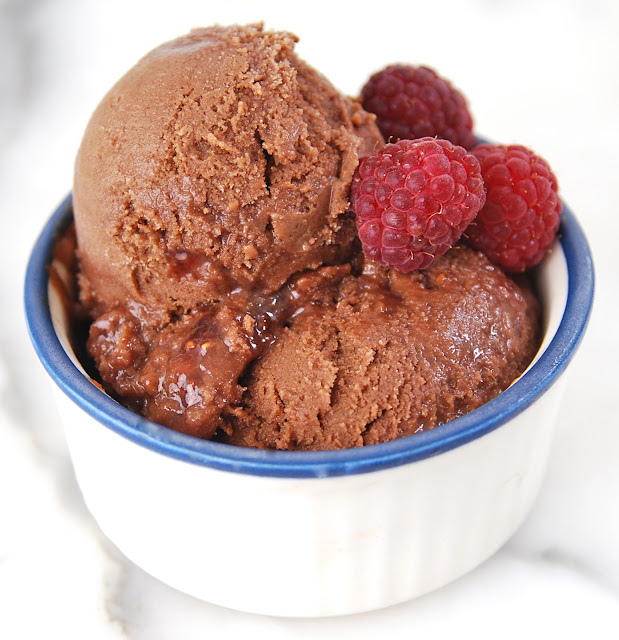 Chocolate ice creme with a swirl of raspberry preserves.  This was stuff was delicious and it didn’t last long in our freezer.  This was a dairy, egg, and cane sugar free ice creme.   I had the jar of raspberry preservers in my cupboard and I can’t remember why I bought it, since it’s not something we usually eat so I swirled it into the finished ice creme because the flavor combination of chocolate and raspberries is wonderful and it didn’t disappoint.
I’ve wanted to try this new ice creme recipe I’d been thinking about for some time now, using Irish moss as the thickening agent rather than a starch.  I think it worked well.  Of course, it’s never going to be as creamy as full fat cow’s milk ice cream but it’s animal free and doesn’t have any cholesterol.
Irish moss is a plant harvested from the sea.  It comes dried in a package but needs to be cleaned and soaked before it’s used.  If you’re going to try this recipe, you’ll need to prepare the irish moss a day before you want to make the ice cream.  I measured the Irish moss in a cup, but I really should have weighed it.  That would have been far more accurate.  (I will weigh it next time and update this post) I couldn’t find any recipes out there that were specific about the amount in ounces or grams so I was guessing.
To prepare the Irish moss, rinse each piece throughly under cold running water to remove all of the sand and any bits of other seaweeds.  As you finish rinsing each piece, put them in a jar that has a lid and fill the jar 3/4 of the way with water (filtered if possible).  A wide mouth quart canning jar works really well for this.  Shake the jar, vigorously, to remove even more of the sand.  Drain and repeat this step two more times.  The water you drained the 3rd time should be clean, if it’s not, repeat this step again.  Fill the jar with clean water to cover the Irish moss completely.  Cover the jar and put it in your refrigerator for 24 hours.  Now it’s ready to use.  Don’t rinse it again or soak it for longer than 24 hours, or it won’t be as effective. 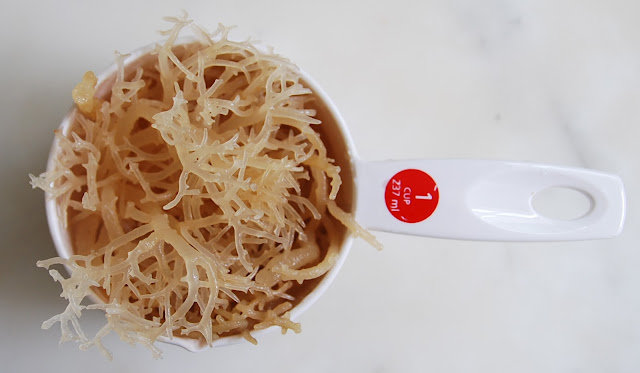 I used an ice cream recipe from David Lebovitz’s website, as a jumping off point.  David has written an excellent book on ice cream making and has a recipe for agave sweetened chocolate ice cream.  When I’m experimenting with a recipe, I like to start with a base that I can trust.  His recipe calls for a combination of unsweetened chocolate and cocoa powder.  I used Schaffenberger chocolate and some organic fair trade cocoa powder.   I used a light agave nectar for the sweetener. 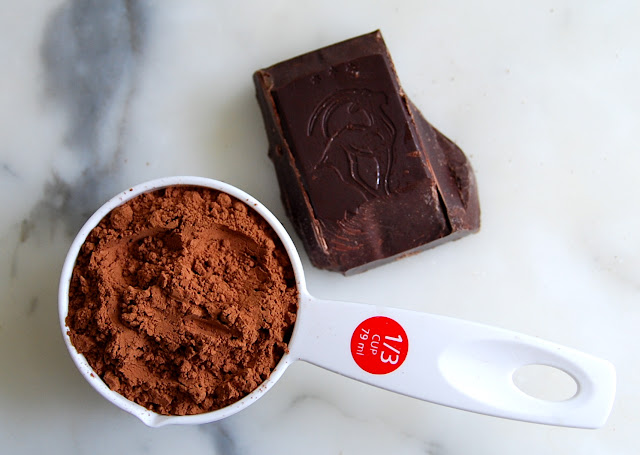 I replaced the 3 cups of half and half with almond milk and the five egg yolks with the cup of Irish moss.  Delicious and healthy, it doesn’t get much better than that! 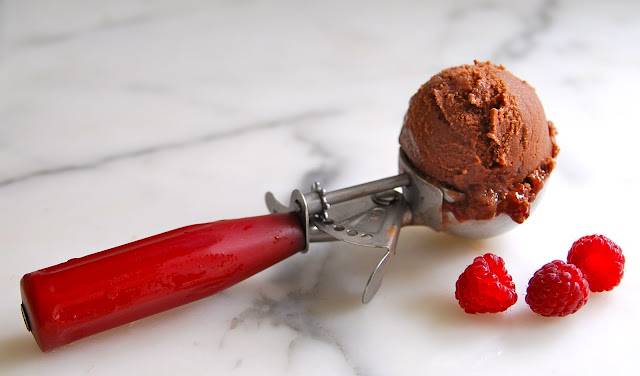 Chocolate Raspberry Swirl Ice Creme
Adapted from David Lebovitz’s recipe - Use organic ingredients whenever possible
1/2 cup light agave nectar
2 ounces (55 gm) unsweetened (high quality) chocolate, very finely chopped
1/3 cup unsweetened cocoa powder
3 cups vanilla flavored almond milk, divided
1 cup (packed) Irish moss, cleaned and soaked (see instructions above)
pinch of salt
1 small jar raspberry preserves
In a small pot, warm the agave nectar with the chopped chocolate over the lowest possible heat, stirring constantly until the chocolate is melted.
Remove from heat and set aside.
In a blender, combine 1 cup of almond milk, the cocoa powder, salt and the Irish moss.
Blend at the top speed for 1 minute or until completely smooth.
(I have a high powered blender, it may take you longer)
Add the agave/chocolate mix to the blender and blend until smooth.
Pour the mixture into a large bowl and whisk in the remaining 2 cups of almond milk until blended.
Cover the bowl and and refrigerate for several hours, or until well chilled.
Process in your ice cream maker according to the manufacturer’s instructions.
Remove the ice cream from your machine and pack it into a freezer container.
Drop teaspoons of the raspberry preserves onto the ice cream and then push them down into it.
If you mix the preserves into the ice cream, it won’t be swirled when you scoop it out, resist the temptation.
Freeze for several hours until set.

Posted by My Recession Kitchen at 7:12 PM