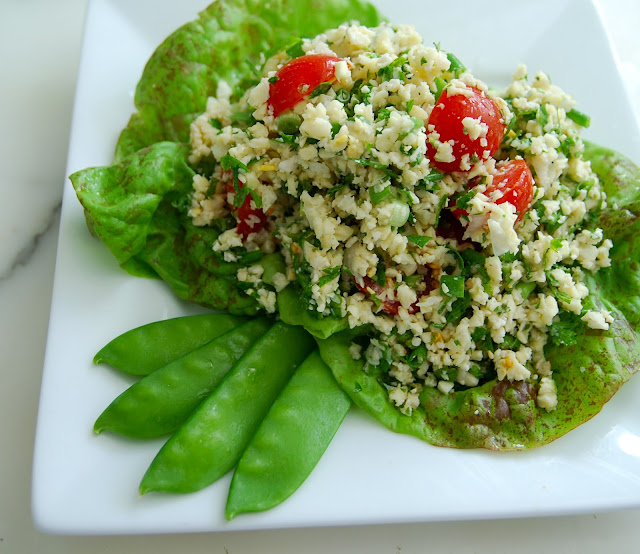 I have to admit that before I started making this salad a few years ago, I’d never eaten parsnips.  My mother never cooked them, so as an adult, I really didn’t know how to eat them until I got involved with a raw food project at work.  I was working with raw a food chef, Roxanne Klein, who introduced me to parsnip tabouli.  I don’t have her original recipe but I do know that the bulgar was replaced with a combination of parsnips and pine nuts.
Parsnips look like white carrots, just in case you’re as “parsnip challenged” as I was.  To make the tabouli, you need to wash, trim and peel the parsnips before you cut them into chunks. 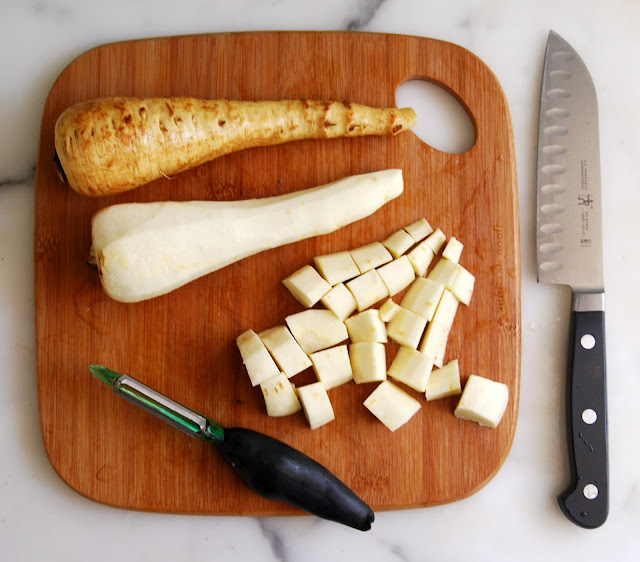 You toss them into a food processor with a half cup of pine nuts, and pulse this mixture until it resembles rice.  Be careful not to over process it. 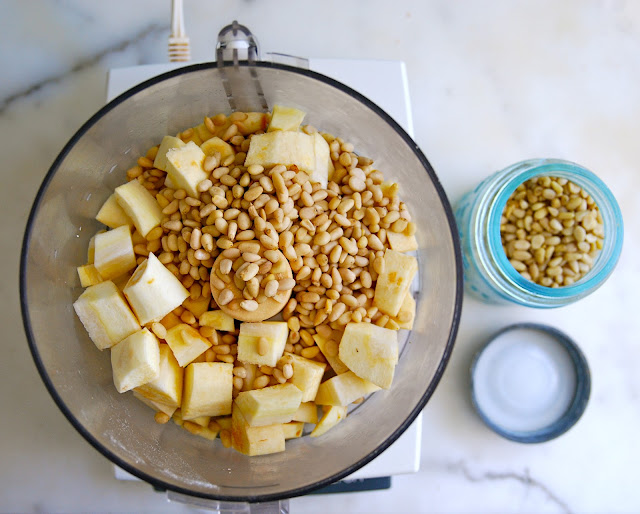 Then you chop up the traditional tabouli ingredients, like spring onions, parsley, and mint.  Tabouli is a traditional Arabic salad that comes from the mountain areas of the Eastern Mediterranean. 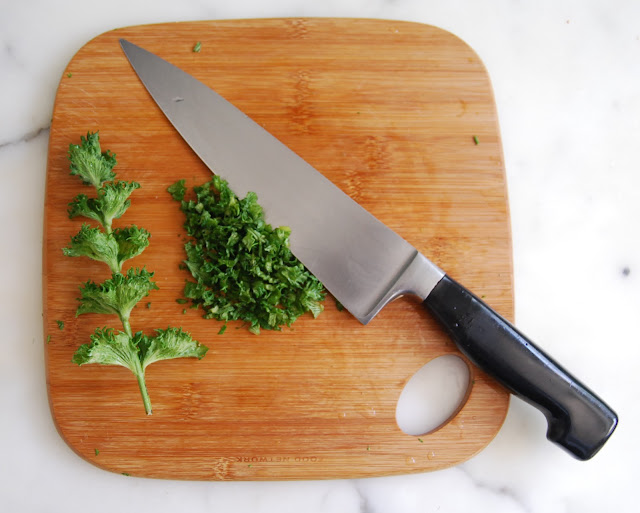 Remove the parsnip/pine nut mixture from the processor and put it in a bowl.  Add a cup chopped parsley, a 1/4 cup of chopped of chopped mint leaves and a cup of chopped tomatoes. I used cherry tomatoes cut in half. 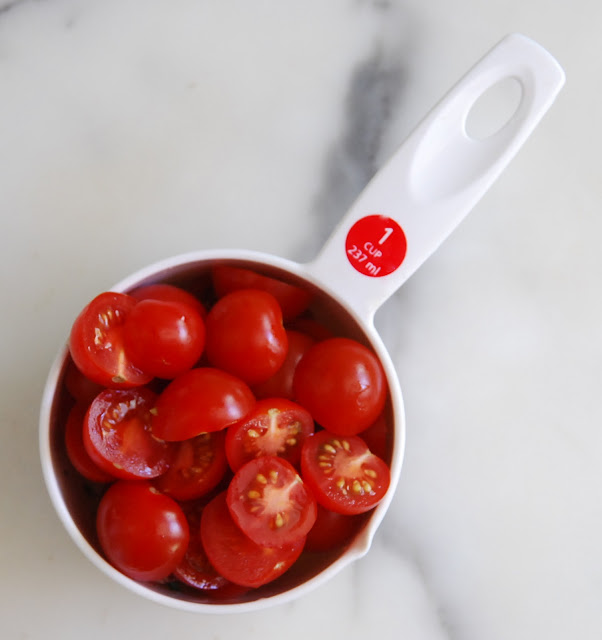 The dressing for this salad is simply lemon juice and olive oil.  You really should use fresh lemon juice.  It’s so much better than the bottled stuff because it’s alive and enzyme active.  It brings the flavors of the salad together in a way that pasteurized lemon juice can’t.  Pour the lemon juice from one large lemon, along with a tablespoon of extra virgin olive oil, over all of the ingredients.  Add a little salt and stir until everything is well blended. 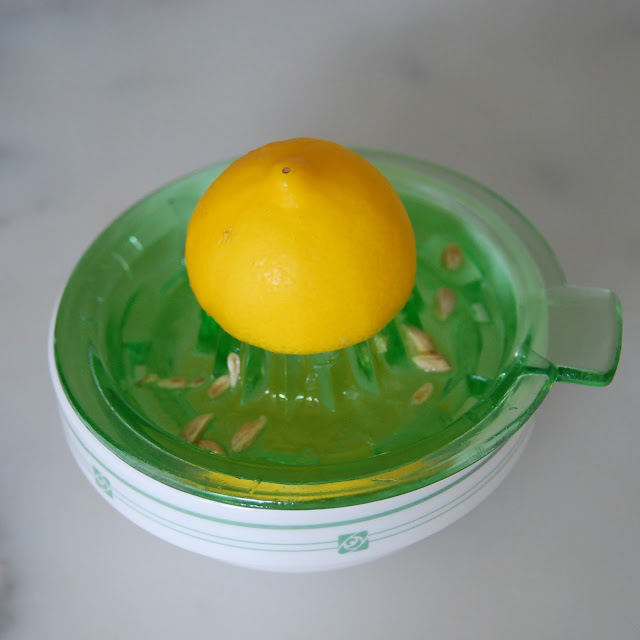 Every middle eastern country makes this salad with their own variations, and so can you.  Feel free to increase or decrease the ingredients according to your taste.  You’ll find a thousands of recipes on the internet, each slightly different from the next.  Sometimes I like to add garbanzo beans and/or chopped cucumbers.  You may want to add a clove of garlic to the parsnips when you’re processing them.
Once you’ve mixed everything together, you want to let it rest and give the ingredients time to blend.  Cover the salad and put it in your fridge for an hour or so before you serve it.  Tabouli is traditionally served on a bed of lettuce.  The mint, parsley, and spring onions for this salad came from my garden. 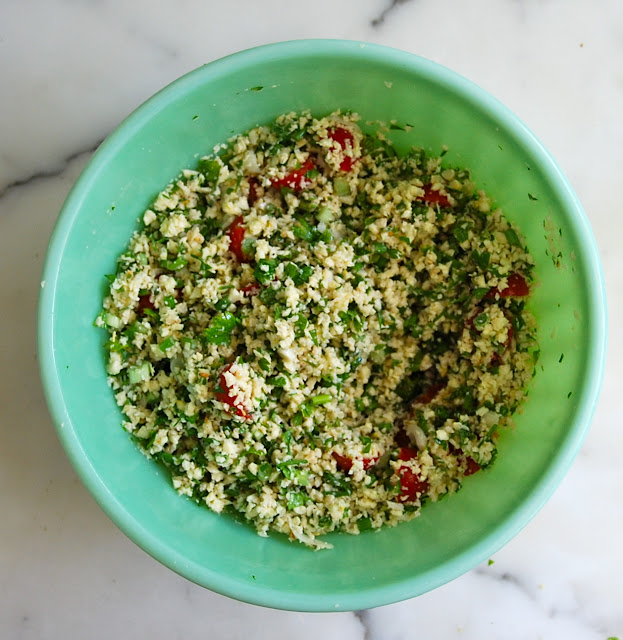 Posted by My Recession Kitchen at 9:44 PM