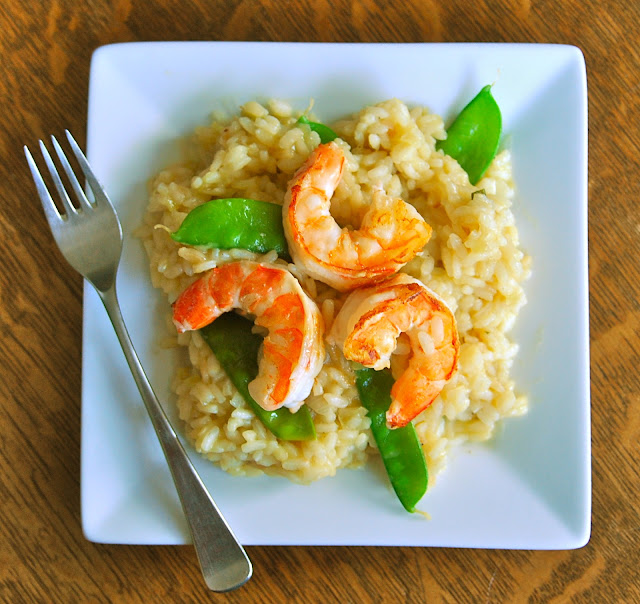 I get lots of different kinds of food to sample at work.  Everyone wants us to sell their products.  I try to taste almost everything, but some things you get more excited about than others.  Yesterday, an Italian Food broker gave me a number of different, super high quality, products to try.  A bag of superfino carnaroli rice was one of those products, so I knew I would be making risotto for dinner.
Carnaroli rice is the “king” of risotto rices.  Preferred over arborio in most regions of Italy,  it’s said to produce the creamiest risotto because it absorbs liquid better and is more resistant to overcooking. 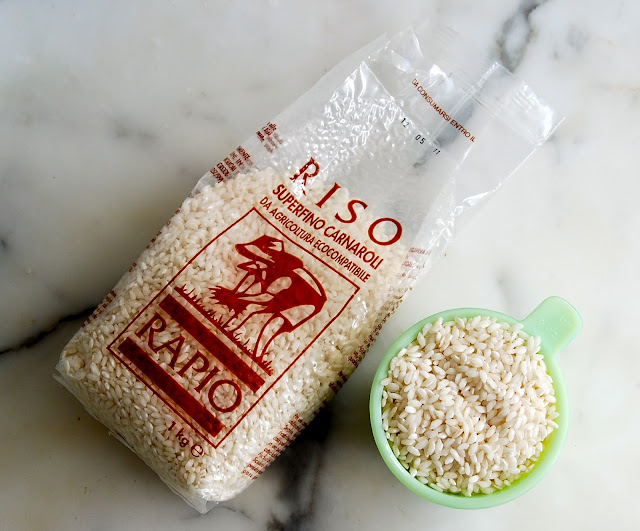 It wasn’t difficult to decide what sort of risotto to make, with a refrigerator full of snow peas.  The unusually cool weather that we had this spring produced a bumper crop.  We’re picking a big pile of peas almost everyday, so dinner almost always includes them.  Here’s a picture of todays harvest. 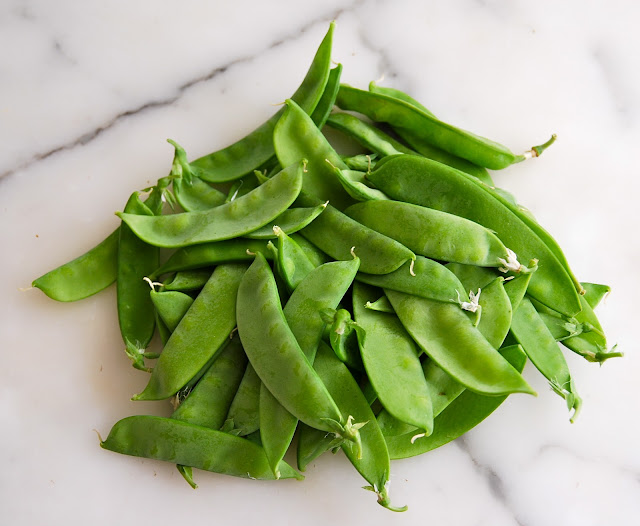 I always have a few lemons on hand, and a lemon risotto would compliment the peas and shrimp.  Much of my cooking is based on what I have in my refrigerator and what I’m harvesting from the garden.  I bought a few wild caught shrimp, as a treat, to add to the top of the risotto.  I squeezed half of the lemon on the shrimp before I cooked them and added the other half and the zest to the finished risotto. 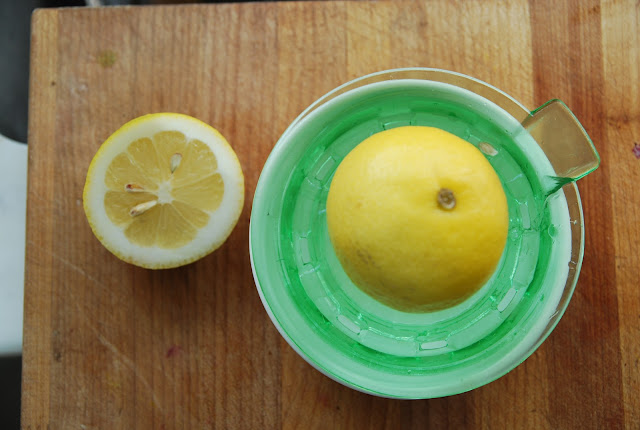 I sauteed the onions in some lemon olive oil.  If you don’t have a lemon olive oil, you can use an unflavored one and the risotto will still have a good lemony flavor.  Another thing I always keep on hand is a bottle of white wine to cook with.  I like to deglaze a pan of sauteed onions with some wine.  The smell of sizzling wine evaporating from those onions is heavenly!  (I like to support organic growers and producers whenever possible.) 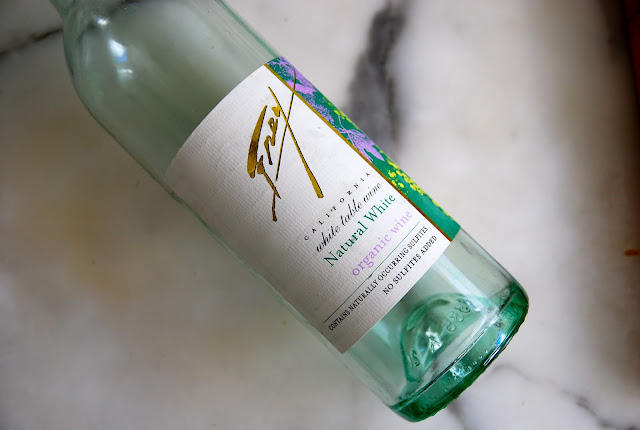 The carnaroli rice was excellent.  It cooked up tender and creamy, as expected.   A very tasty dinner


Lemon Risotto with Spring Peas
Makes 2 servings - Use organic ingredients whenever possible
1 lemon
6 wild caught shrimp (optional)
1 tablespoon + 2 teaspoons lemon flavored olive oil (or sub plain if you don’t have it)
1/2 cup chopped onion
1 cup carnaroli rice
1/2 cup white wine
3 cups broth, warmed (I use 2 cups Imagine Un-Chicken broth and 1 cup water)
Salt to taste (depending on the salt content of your broth)
I big handfull snow peas, stems removed.
Zest the lemon, cut it in half and remove the seeds.
Peel, wash and clean the shrimp.
Put the shrimp in a bowl and squeeze one half of the lemon on the shrimp and set aside.
In a heavy pot or cast iron frying pan, warm 1 tablespoon of oil on a medium low heat.
Saute the onion until soft.
Add the rice, stir and saute for 2 minutes.
Add the wine and stir until it’s absorbed.
Add 1 cup of the broth, stir and simmer until the broth is absorbed.
While the risotto is simmering, heat the 2 teaspoons of oil in a second frying pan on a medium heat.
Add the shrimp and saute on each side until cooked.  Remove from heat.
Add the second cup of broth to the risotto, stir and simmer until it’s absorbed.
Add the third cup of broth (or water) and simmer until not quite absorbed.
Add the snow peas and stir and cook for 3 minutes more.
Turn off the heat and add a little salt to taste.
Sprinkle the lemon zest over the rice
Squeeze the other half of the lemon over the rice and stir.
Plate the rice and top with the shrimp.
Serve immediately.

Posted by My Recession Kitchen at 9:59 PM