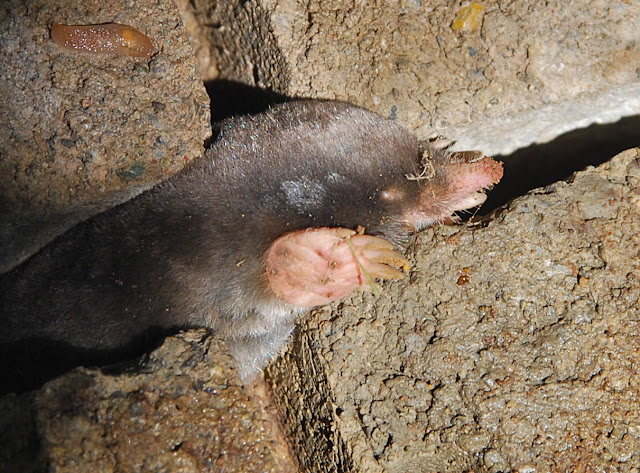 Moles are furry little blind mammals that burrow underground and eat worms.  They like to dig lots of tunnels in places, like your lawn and flower beds, to store their worms and generally make a mess of things.  In earlier centuries, in Europe, they were called mouldywarp, mould meaning soil and varp meaning throw, or essentially, “one who throws soil” or “dirt tosser”.  We thought gophers were making the mess but it turns out we have moles.
Whenever I see the both of my cats staring at the same spot in the ground, I always go and check it out.   Most days, my Director of Pest Management and my Garden Supervisor can be found doing this...... 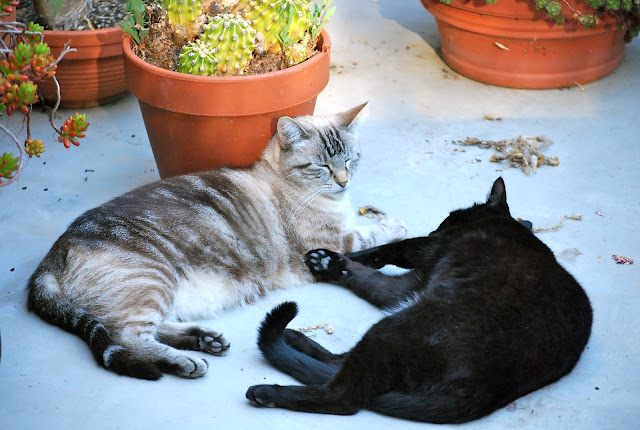 Or the other thing they’re fond of doing on a summer afternoon is this......their own version of WrestleMania. 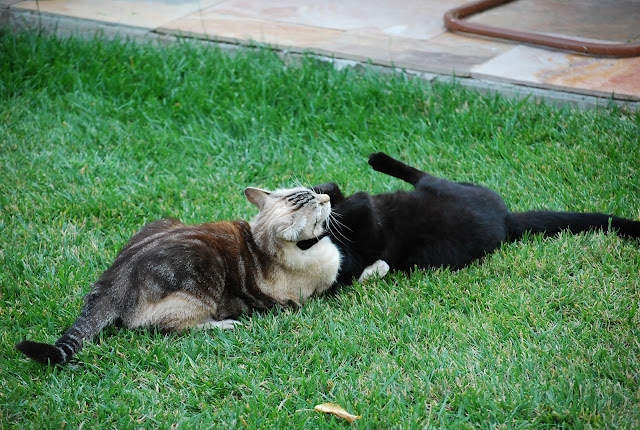 But this afternoon, Pest Management found a mole. 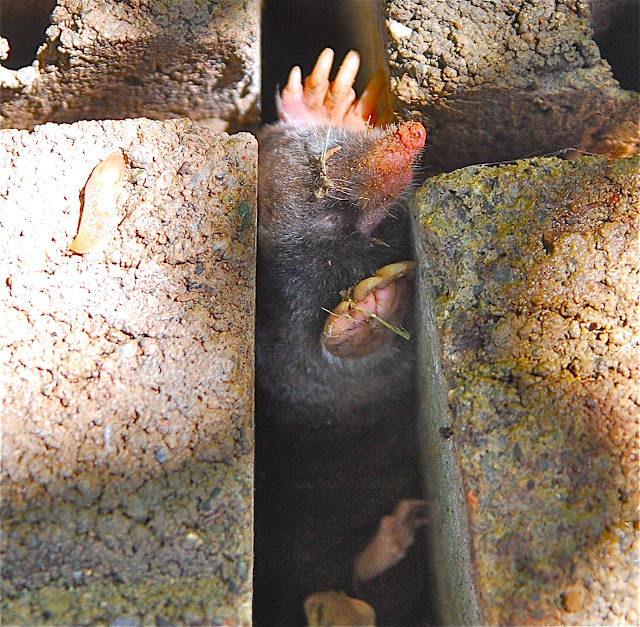 I asked Mr. Mole if he wanted to remove the dirt and leaves from his head before I took his picture and he indicated that he wasn’t interested in having his picture taken.  (he startled me by jumping up and making lots of squeaky sounds so the picture is blurry) 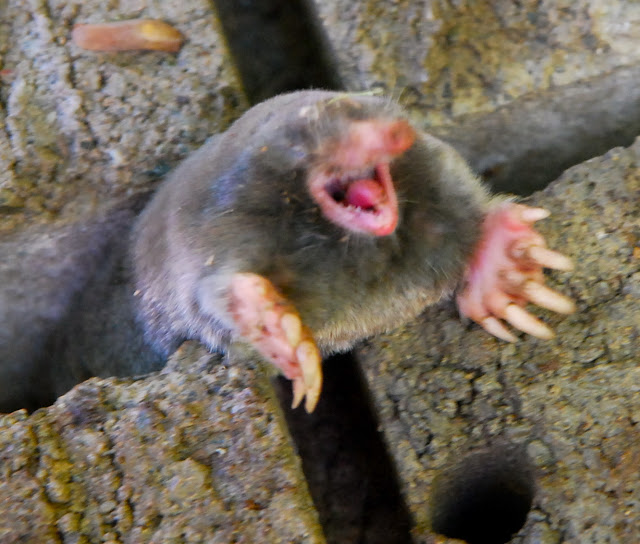 So, we nudged him into a bucket and relocated him outside of our garden and away from the cats. No telling how many relatives he left behind.

Posted by My Recession Kitchen at 10:26 PM