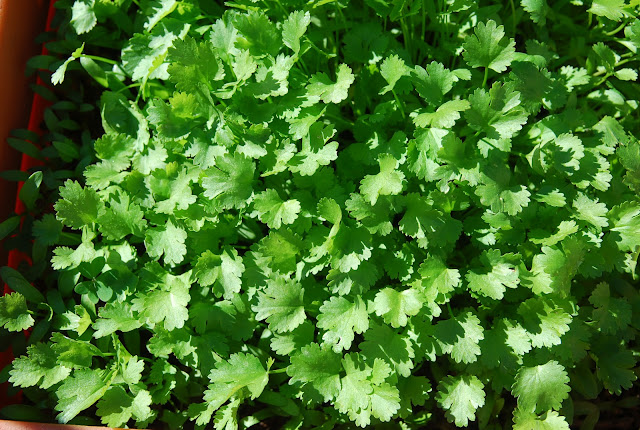 I usually grow cilantro in late spring.  I love cilantro, it’s one of my favorite herbs, next to basil.  The frustrating thing about growing cilantro where I live is that it never lasts long.  Whether I grow it from seed or buy starts, it always bolts fairly quickly once the weather turns hot.  This summer was no exception.  However, this year I didn’t pull out the plants once they started to go to seed.  This year, I let the plants develop their seeds. 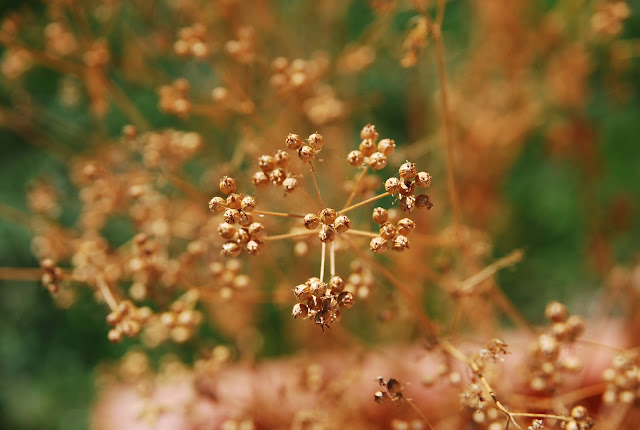 Once the seeds dried out, I harvested them and then I composted the rest of the plant.
Cilantro seeds are also called coriander.  They are a wonderfully fragrant, nutty, spice that’s often used in Indian cooking.  Like many spices, it contains antioxidants which can delay or prevent foods from spoiling.  Coriander has traditionally been used to treat anxiety and insomnia, and used as a diuretic.  It’s also been found effective in the treatment of diabetes.  Some studies have shown that coriander extract had both an insulin-releasing and insulin-like properties.  I just love the taste.  I like to toast the seed lightly in a frying pan and then add the crushed seed to rice.
The weather was so nice last weekend, I decided to do a little garden clean up.   I was very surprised to  find hundreds of cilantro sprouts in the container where I had grown cilantro last summer. 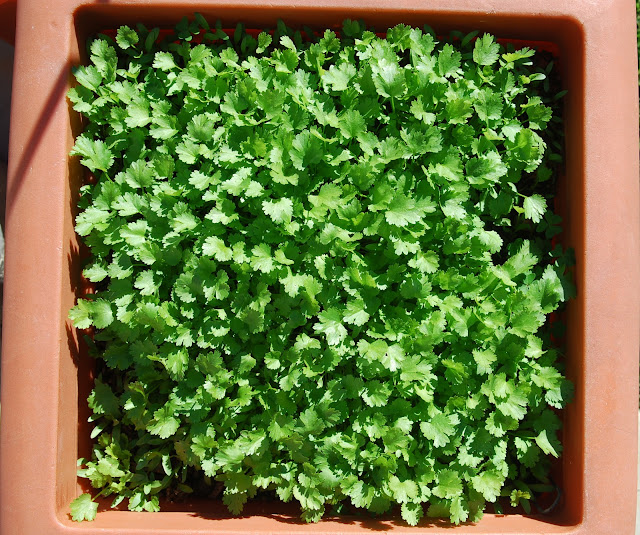 Evidently, the warm days and cool nights of our fall are very conducive to growing cilantro.  The seeds dropped into the soil and the rains we had in early October sprouted them.    I doubt they will make it through the first hard frost, but I’m enjoying them while they last!

Posted by My Recession Kitchen at 3:57 PM