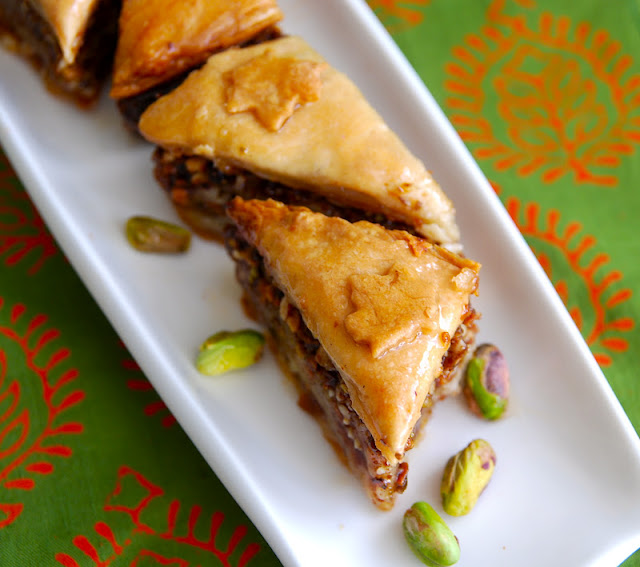 Erica of Erica’s Edibles was our host for the Daring Bakers’ June challenge.  Erica challenged us to be truly DARING by making homemade phyllo dough and then to use that homemade dough to make Baklava.
Typical of most ancient recipes, the origins of baklava are claimed by many ethnic groups but no one is really certain where it originated.  The educated guess is Central Asian, with it’s more current form being developed in the imperial kitchens of the Ottoman Turks after they captured Constantinople.  The palace chefs came from all the different Ottoman territories, so it’s considered an urban creation and not an ethnic one. 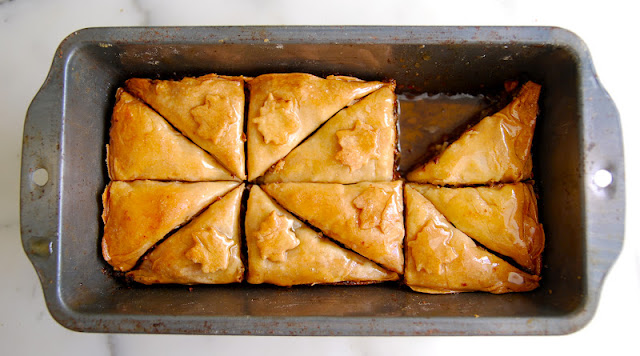 I’d never made baklava before and I learned a lot.  First, give yourself plenty of time to make the phyllo dough.  It’s fun, but it’s not a process to be rushed.  I ran into trouble when I stacked the stretched phyllo, even though I thought it was floured enough, it stuck together.  I had to re-roll it which made the dough tough.  Next time I would stretch it, cut it to shape, put it in the pan and butter it before I stretched the next piece. 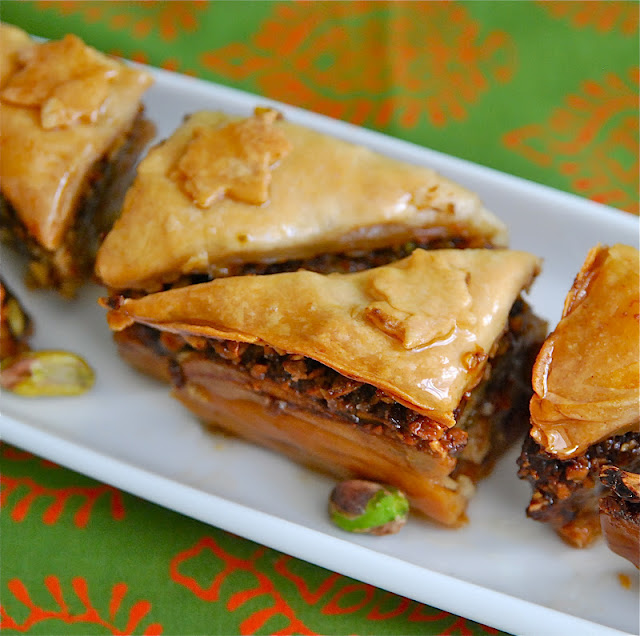 The filling is a combination of almonds and pistachios, layered between the dough.   After baking the baklava for an hour, a concentrated syrup of sugar, water and honey is poured over the pastry and then let sit, overnight, to absorb the liquid.  I would like to try this again, and experiment with different fillings.
If you’d like the baklava recipe, you can find it here.  The only thing I substituted was Earth Balance non dairy butter for the real stuff.

Posted by My Recession Kitchen at 8:05 AM