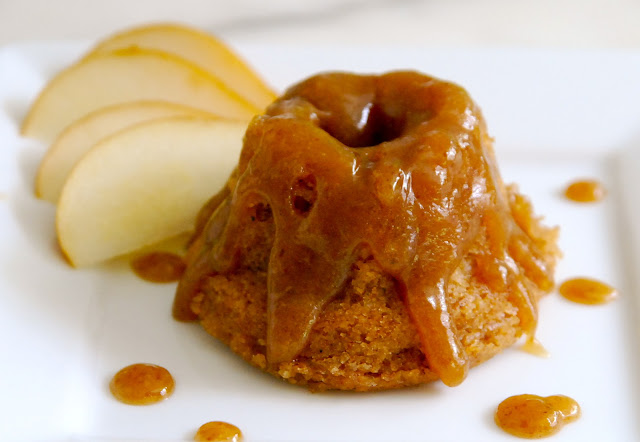 There was just no way I was going to make a pudding using suet.  This is just wrong on so many levels for me that I almost didn’t take this challenge.  I won’t and can’t eat animal fat.  But what is a challenge if it isn’t challenging?  I started thinking “sticky toffee pudding” and I got excited.

I used the recipe provided but I cut it in half.  I only have three of these little ceramic dishes and only three would fit in my steamer pot.  As it turned out, the quantity of batter was exactly what I needed to fill the dishes.  I could have used one large bowl but then I would have had to steam the pudding for 2-3 hours.  In the name of energy conservation, I chose small bowls that I steamed for a little over an hour.
(Don’t forget to oil the bowls!) 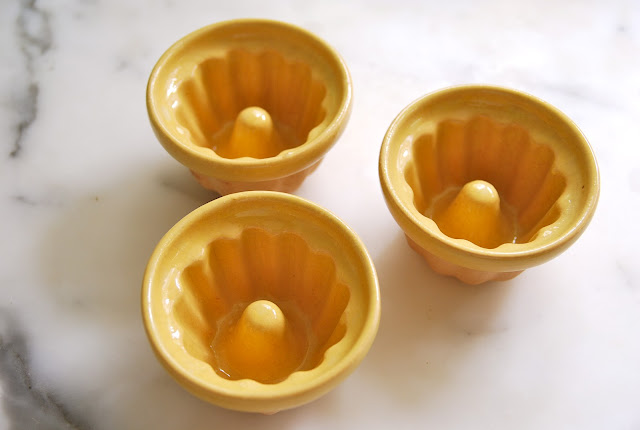 I substituted organic palm shortening for the suet.  It’s a product that I like to use in pie crusts to replace some of the butter substitute.  It makes a crust flakier.  This recipe also called for an egg, milk, flour, breadcrumbs, sugar, baking powder and salt.  I used some vegan sour cream to replace the egg and some soy creamer for the milk.  The list of ingredients seemed a little bland so I added a heaping tablespoon of chai concentrate to spice it up.
I put the batter in my little bowls and covered them with aluminum foil to steam (in a covered pot) 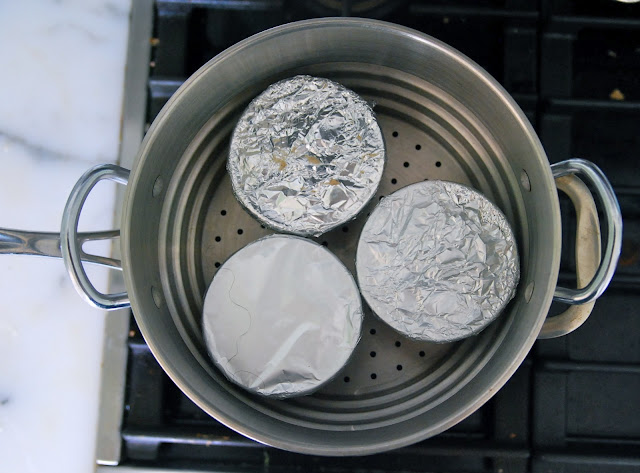 With sticky toffee pudding in mind, I decided to make a caramel sauce to pour over the finished puddings.   This was my second attempt... and failure to make an acceptable vegan caramel sauce according to a basic recipe.  I don’t know if I’m not cooking the sugar long enough or at a high enough temperature, but the sugar never really caramelizes properly and soy creamer (in place of cream) isn’t really working.  Rather than waste the ingredients, I put the sauce in my food processor with some medjool dates and that helped immensely.  If any of you know of a good, vegan caramel recipe, I’d love to know about it.

The puddings popped right out of the molds after they cooled and I covered them with my date caramel sauce and served them with pear slices.

Posted by My Recession Kitchen at 10:07 PM