First Blueberries of the Season 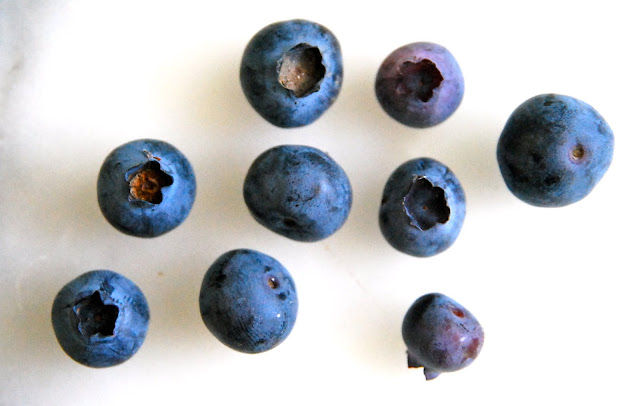 I picked my first blueberries of the season today, which I going to eat for breakfast tomorrow morning on top of my oats...yum!
Blueberries are one of the few fruits native to North America.  They’ve been gathered for centuries by  Northeast Native American tribes who called them “star berries”.  If you look at the blossom end of the berries above you can see that it forms a five point star.  The tribe elders would tell of how the “Great Spirit” sent the “star berries” to relieve the children’s hunger during a famine and keep them healthy.  I’m guessing this is because  blueberries are the first fruit of the season, after a particularly hard winter.
Blueberries were used medicinally as well.  A tea made from the leaves and roots was thought to be good for the blood and cure stomach problems.  The juice from the berries was used to treat coughs.  Dried blueberries were added to stews and soups and were crushed and used as a rub for meats.  The juice was also used to dye cloth and baskets.
As one of the highest anti-oxidant fruits, fresh or dried blueberries help to protect us against aging,  memory loss, cancer, and heart disease.  Blueberries may help prevent urinary tract infections by preventing the bacteria that causes them from attaching to the cell walls.  One study showed that fighter pilots given regular doses of blueberries had significantly improved night vision. 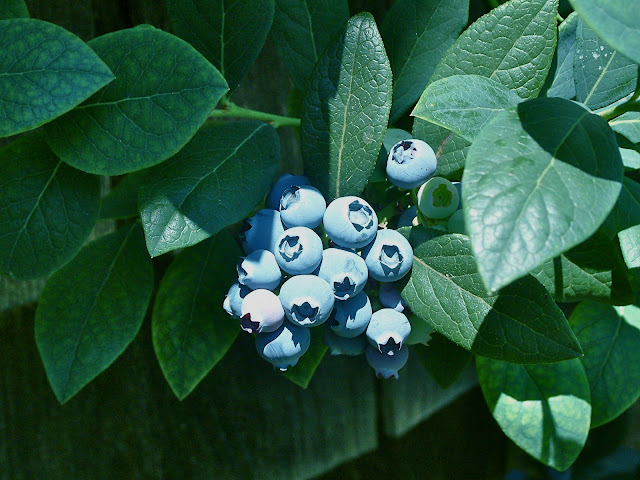 Posted by My Recession Kitchen at 10:21 PM